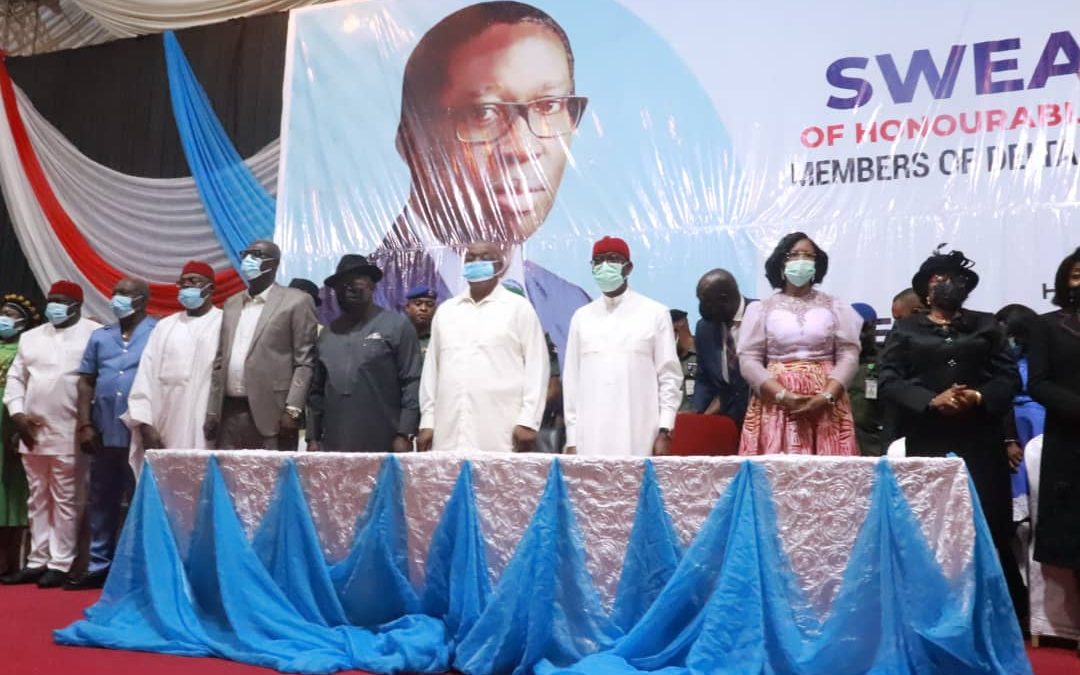 A chieftain of the People’s Democratic Party (PDP) in Delta State, Chief Francis Ighoraye has said that the State Governor, Senator Dr Ifeanyi Arthur Okowa has performed beyond the expectations of Deltans, stressing that, the Governor is a great blessing to the state.

Chief Ighoraye who is from Okpe Local Government Area of the state in a statement made available to newsmen noted that Deltans should give massive support to Governor Okowa so as to deliver more democratic dividends to them, adding that the Governor will definitely finish strong in 2023.

According to him, Governor Okowa has judiciously spent the available funds at his disposal to execute good projects in the state, adding that there are massive roads construction in Delta State now and that Governor Okowa has been nicknamed road master because of his achievements and lauded the Governor for the rehabilitation of the 12.6km Jeddo, Ughoton road with a spur to Egbokodo in Okpe LGA.

In his words ; “Governor Okowa has constructed a solid drainage and also expanded the road now in order to link it to a bridge. He constructed a rigid concrete pavement at stadium road in Ugborodo in Warri South West LGA, flyover and he equally constructed more roads in other parts of the state”.

Governor Okowa, he said, completed the rehabilitation of the over 100 years old colonial bridge linking Oha to Orerokpe, the headquarters of Okpe LGA on April 26,2021, adding “Prior to it’s rehabilitation, the bridge which was about six feet wide and could barely take one vehicle at a time had been taken over by overgrown weeds,”

He added “The complete rehabilitation of the over 100 years old colonial bridge linking Oha to Orerokpe by Governor Okowa touched my heart a lot. Without mincing words, it also touched the hearts of Okpe people in general and we are very grateful to the Governor”.

The PDP chieftain affirmed that Governor Okowa built very standard primary, secondary and tertiary institutions in all parts of the state, adding that, ” Governor Okowa has provided employment to our teeming youths, loans to market women and scholarship to very brilliant students in the state.”

Chief Ighoraye who insisted that the Governor has delivered his campaign promises said that the human capital development, security, electricity supply, investments, among others have improved tremendously under Governor Okowa’s watch adding that the Governor is one of the best thing that has happened to Delta.

He added, “Governor Okowa has ensured that there is a balance in the spread of projects in the state and we are proud of him. Our dynamic Governor is focused, caring and God fearing. I pray that Governor Okowa’s successor should consolidate on his achievements in 2023.”

“I want to sincerely commend the Speaker of the Delta State House of Assembly, Rt Hon Sheriff Oborevwori for his tireless efforts in the spread of the dividends of democracy to our people and his role in ensuring the completion of the Oha Bridge which the Governor promised to deliver during the 2019 electioneering campaign at Adane-Okoe Primary School in Orerokpe,” he said.