Governor Okowa Expresses Sadness Over Pupils crushed to death by tanker*** The Governor was represented by Delta Speaker, Oborevwori 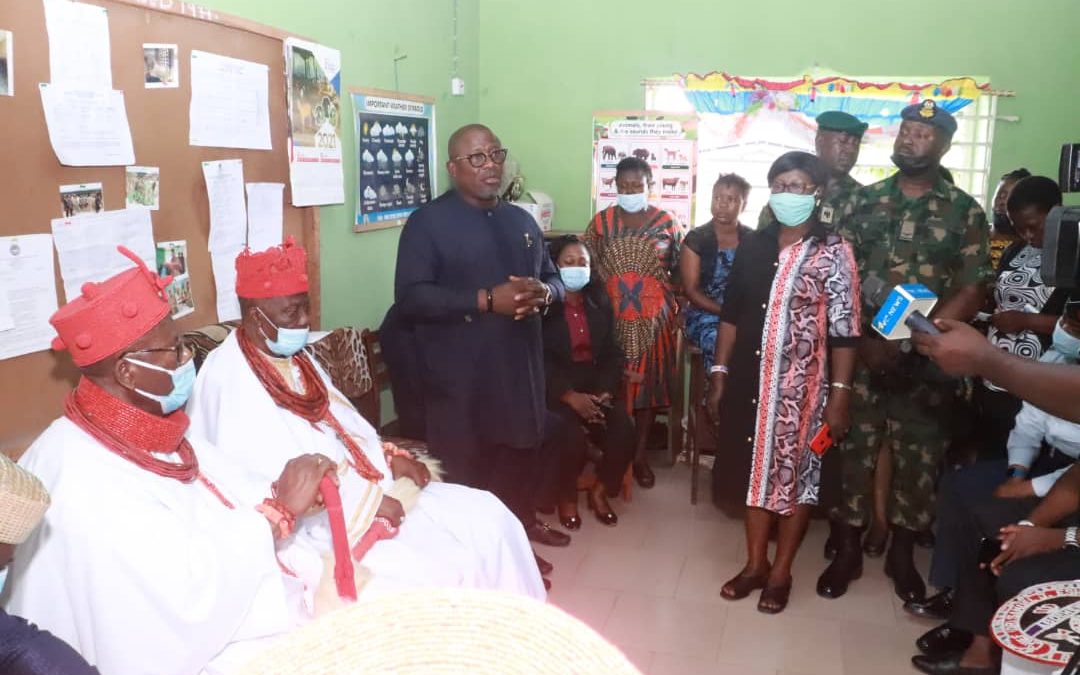 Delta State Governor, Senator Dr Ifeanyi Okowa has expressed sadness over the pupils of Army Children’s School who were crushed to death by Petroleum tanker on Thursday, July 8, 2021 in Effurun, Uvwie Local Government Area of the State.

The Governor on a condolence visit to the school on Friday, described the incident as a very sad one.

Governor Okowa who was represented by the Speaker of the Delta State House of Assembly, Rt Hon Sheriff Oborevwori stated that he received the news of the unfortunate incident with deep shock.

He said that;” The unfortunate incident of Thursday where the pupils of this Primary School were killed by a tanker is a big pain to the State Government and also a big loss to the families of the victims”.

He also said that; “We are in a mourning mood at the moment in Delta State as a result of the unfortunate incident of on Thursday. As we all know, Delta State is a praying state, it is a God’s own state and we will continue to pray for the gentle souls of those that lost their lives in the incident and to let the families of the victims of the incident to know that our thoughts and prayers are with them in this moment of grief. I believe it is not the will of God but when something like this happened , you cannot question God”.

The Assistant Head teacher of Army Children’s School, Mrs Helen Enukpere said that the incident claimed the lives of SEVEN pupils of the school and that of David Ejoor Primary School located in the same vicinity.

The Commissioner for Secondary education, Mrs Rose Ezewu and Permanent Secretary of the Ministry were on ground during the visit.