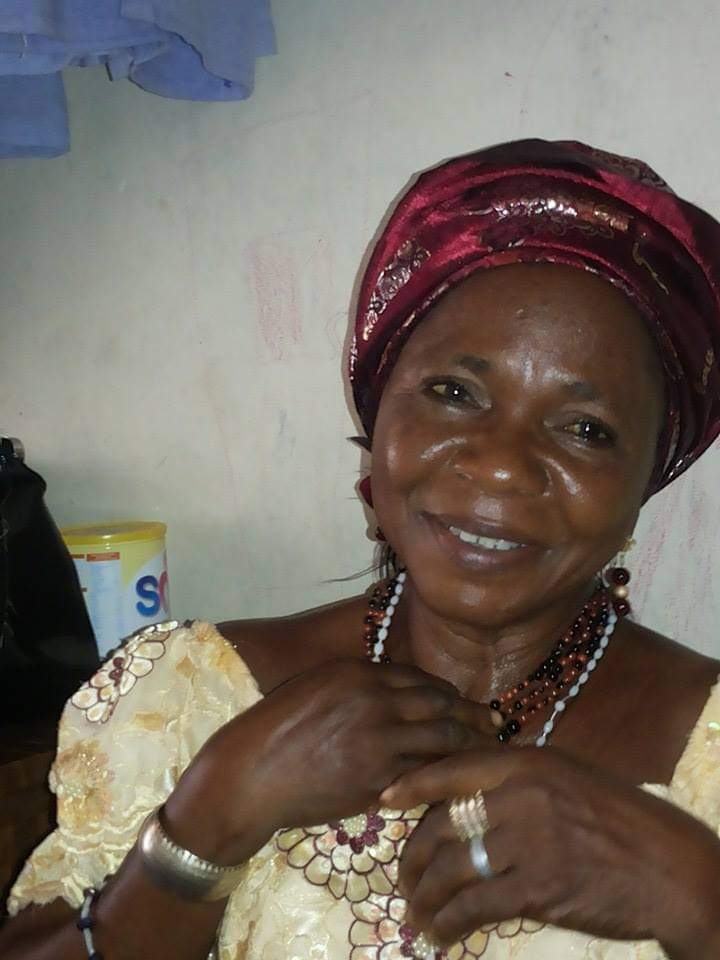 The late Mrs Delphina Ejimenyerie Akpederin was born on the 27th of October, 1951 to the family of the late Elder Cosmas Agadago Ukueje of Deghele Elume and the late Madam Edah Urhiemefe of Okuovu Ozue both of Sapele Local Government Area of Okpe Kingdom and Delta State.

Her Inspiring Zeal for Advancement

The late Delphina got married before any post primary education. Just after her primary education, she moved to Sapele to acquire skills in fashion designing. She got married in 1969 to Mr. Benson Oyibo Akpederin of Edegbrode Elume and supported the family with her fashion designing business until she had all her children. In 1983, she got admission to the Teacher’s Training College, Evwreni and after completion of her studies with flying colours, she secured teaching appointment with the State Primary Education Board of the then Bendel State. She taught at the Otoranmwan Elume Primary School until she was transferred to Sapele in 1992. She secured admission to the College of Education, Warri and specifically opted for English Language and Urhobo Language because of her dream to develop the Okpe Language curriculum.

Her Legacy in Developing the Okpe Language

Her Promotion of the Okpe Language in Church Worship

The late Mrs Delphina Ejimenyerie Akpederin was a faithful Catholic. As the choir mistress of the St. Theresa’s Catholic Church, Adagbrassa Elume in the 80s and early 90s, she composed several Okpe Christian songs and translated several Christian hymns into the Okpe Language. In fact, it was the practice in that church then that during harvest and special occasions, only Okpe songs were rendered including the congregational responses in the mass. When the Okpe Catholic Community was established in the Catholic Diocese of Warri, the late Mrs Delphina Akpederin was mandated to translate the Catholic worship liturgy into the Okpe Language. She completed the task and handed it over to the Okpe Catholic Community after more than a year of painstaking efforts.

The Okpe Dictionary, Her Pet Project

At retirement from the Primary Teaching Service in 2015, the late Delphina opted to begin a legacy project in the form of an Okpe-English-Okpe Dictionary. The dictionary project was meant to give us a dictionary which explains Okpe words in English in the first part, and also give us the Okpe equivalent of English words on the other part. She had gone far into it when cervical cancer was diagnosed in her. During the treatment which got her referred to the University of Ibadan Teaching Hospital (UCH), she endured and continued the Okpe Dictionary project whenever the ailment relieved her. She completed the first part for Okpe to English which is the most tasking, and had begun the second part before the report from the investigation at the Teaching Hospital, Oghara reflected the further spread of the cancer cells to other organs. This situation severely limited the minutes she was giving to the Dictionary project as sitting down worsened the pains from the ailment.

Her Devotion to Church Service

Mama was a dedicated Christian worker in the Catholic Church. She was active in several lay apostolate groups in the church including a member of the choir, the Sacred Heart of Jesus, Lay Reader’s Society, and the Legion of Mary to mention just a few.

The late Madam Ejimenyerie was an exemplar of personal cleanliness, discipline, dedication to duty and honesty. She was also a justice advocate. She was vocal in condemning injustice around her.

Three Weeks Shy of seventy years, “Mama Okpe” as her primary school pupils fondly called her, breathed her last, at about 6am(Nigerian Time) on the 4th of October, 2021 with two of her children, one daughter in-law and three grand children singing one of her favourite hymns “To God Be Thy Glory” for her, as she had demanded some two days earlier.