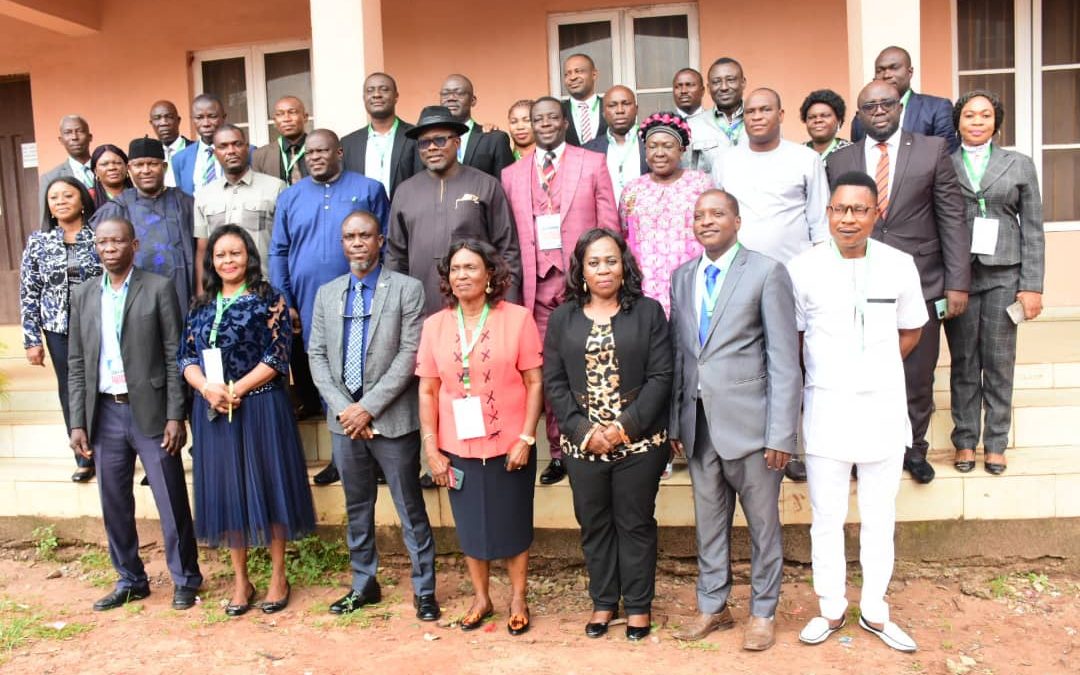 *** As He Flags-Off Capacity Development Programme For Officers Of Assembly

The Speaker of the Delta State House of Assembly, Rt. Hon Sheriff Oborevwori has said that the financial autonomy granted to the legislature comes with higher responsibilities and expectations.

Rt Hon Oborevwori while declaring open a 2-Day Staff Capacity Development Programme for Officers on grade level 12 and above of the Delta State House of Assembly in Asaba on Monday, told the participants that as bureaucrats, they are the driving force of the Assembly Service, saying that it was expected that their work ethics must be unassailable.

Flanked by some Principal officers of the House, the Speaker who is also the National Deputy Chairman of the Conference of Speakers of state legislatures of Nigeria stated that the training could not have come at a better time than now as most functions hitherto performed by the Executive on behalf of the three Arms of Government have been entrusted on each arm of government to carry out, stressing that how far and how well the Assembly Service will discharge those functions rested squarely on the workers.

“In planning for this training, the leadership of the House was mindful of the overall objective of the programme. It is to improve your efficiency and productivity in your job. And I have no doubt in the ability of the resource persons to excellently deliver the topics outlined on the programme ”, Oborevwori said.

The Speaker added that;“Let me seize this opportunity to congratulate all of you for the passage and assent of the Assembly Service Law. For the first time, the Assembly Service will now have five consolidated appointment positions for the staff. You have the Clerk of the House who is the head of the Assembly Service, three Deputy Clerks and the Secretary to the Commission. I believe the Assembly Service has been well positioned by His Excellency, Senator Dr. Ifeanyi Okowa, our dear Governor, to effectively discharge its responsibilities. So, you must be at your best and work as a team in your service delivery”.

He reminded the participants that they are the Assembly Institution Memory as Honorable Members will come and go but their service endures for 35 years in service or 60 years of age, whichever that comes first, urging them not to remain in the crowd but up their games so that their competence and positive attitude to work will stand you out.

The Clerk of the House, Mrs Lyna Ocholor, said the training was a very unique one in the history of Delta State House of Assembly for Staff to be given the opportunity for a capacity development programme in large number, all seated together under one roof.

“What has brought us together in this hall has never happened since the second Assembly as I know it. Let give Mr Speaker and the entire leadership of the house a resounding round of applause. I want to assure the leadership of the house that we will give this programme all the attention and seriousness it deserves. The impact of this programme will definitely show in our personal effectiveness, orientation, productivity, attitude to work and service delivery”, the Clerk stated.

Mrs Ocholor reminded the participants that ability to carry out an assignment with minimal supervision and take initiative that will lead to the desired results and outputs, stand them out as adults, and challenged them to take the tasks before them more seriously.

The lead resource person, Pastor Afolabi Adun, Managing Director, NCMD Training and Consulting Services, described the capacity development programme as apt and charged the participants to avail themselves the opportunity provided by the leadership of the House for improve efficiency, saying that the lectures would be very impactful.

The two days programme is expected to address several issues geared to enhance service delivery in the Delta State House of Assembly.