Ex-Lawmakers Laud Cordial Relationship Between Leadership of Assembly, Other Arms Of Government 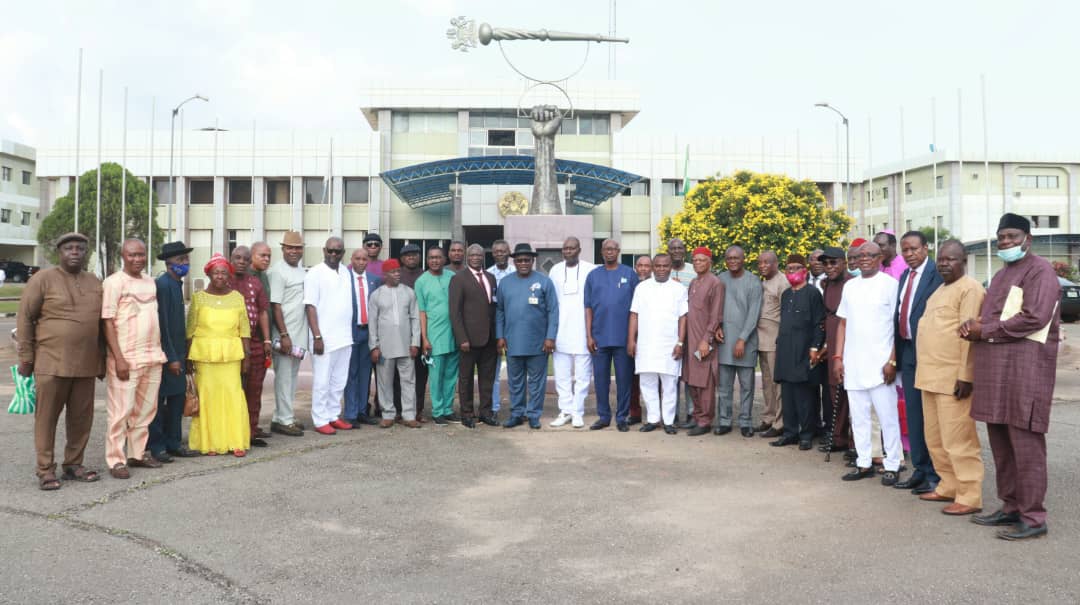 Chairman of the Forum, Hon. (Dr.) Peter Ebireri made the commendation when he led a high-powered delegation of the Forum on a courtesy visit to the Speaker of the State House of Assembly, Rt. Hon. Sheriff Oborevwori.

Hon Ebireri in his address at the meeting which also saw a cream of principal officers of the State Legislature in attendance said that; “The harmonious relationship between the State House of Assembly and the Executive Arms of Government is highly commendable”.

“This has helped in no small measure in sustaining the prevailing peace in the State as well as bringing about the remarkable development that has characterised the State over the past six years of the Senator Dr Ifeanyi Okowa administration”, he said.

‘it is an indisputable fact that peace is the panacea for growth and development. Therefore, we want to urge you, Mr Speaker and dear Honourable Members to sustain the existing cordial relationship with the executive so that the State can continue to enjoy unfettered peace, stability, growth and development”, he added.

Responding, the Speaker of the State House of Assembly and National Deputy Chairman of the Conference of Speakers of state legislatures of Nigeria, Rt. Hon. Sheriff Oborevwori commended members of the Forum for identifying with the current lawmakers in the State.

He pledged the lawmakers continued synergy and partnership with the other arms of government towards driving the State programmes, policies and projects.