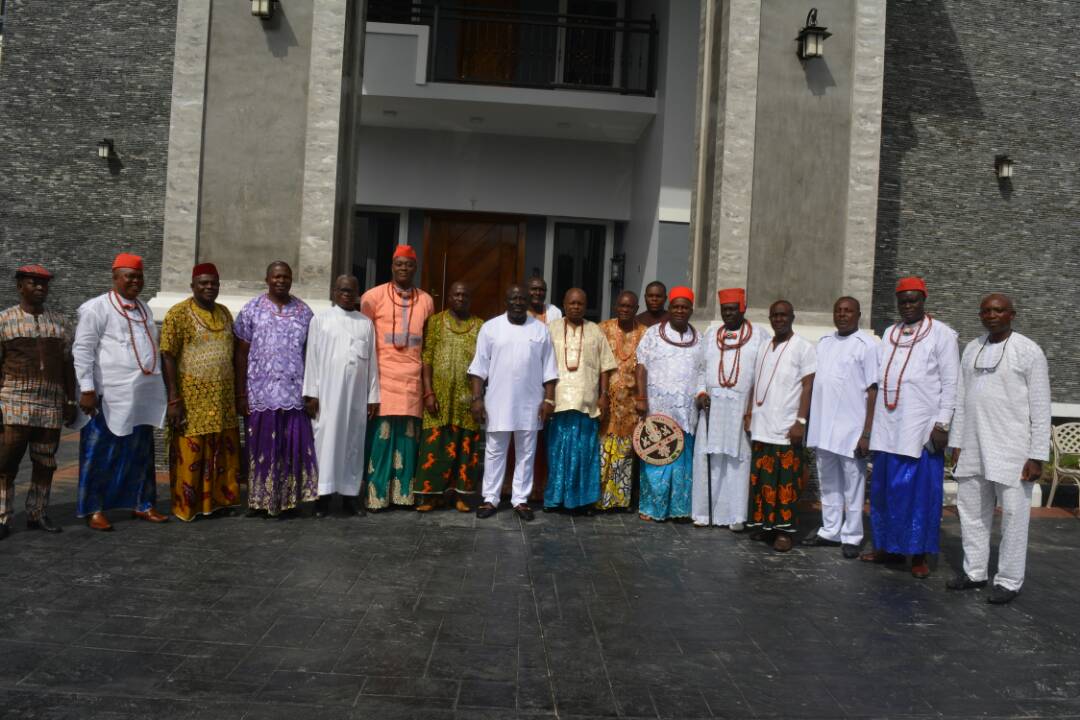 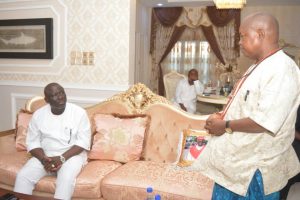 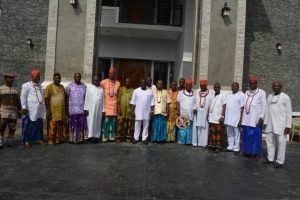 The Urhobo Progress Union (UPU) has commended the Speaker of the Delta State House of Assembly, Rt Hon Sheriff Oborevwori for the massive Empowerment  of his people, with a call on other elected Urhobo Politicians to emulate his kind gesture.

The President General of the Urhobo Progress Union (UPU), Olorogun Moses Taiga  gave the commendation when executive members of the Union paid a courtesy call on the Speaker at his country home in Osubi, Okpe Local Government Area of the State.

The UPU President General who spoke through the National General Secretary of the Union, Barrister Ese Gam Owe, described the Friday, May 4, 2018 Empowerment Programme of the Speaker of his Constituents, as unprecedented, imploring the Speaker to keep on putting smiles on faces of his people.

He said that; “We want to commend you, our Son for the recent Empowerment of your Constituents, it is the first of its kind. We are impressed. This is not the first time that you are empowering your people. Keep up your good work. If all our elected politicians in Urhobo Nation can do what you are doing by Empowering our people, there will be a general peace in Urhobo land. We want our elected politicians in Urhobo land to emulate the kind gesture of the Speaker. UPU has immense confidence on the Speaker of the Delta State House of Assembly. We want to express our appreciation to the Speaker for promptly receiving UPU immediately after he got our request letter”.

The UPU President General stressed for unity in Urhobo land, saying that the Urhobos will continue to live in peace with their neighbours.

Responding, Speaker Oborevwori, commended the Executives of the UPU for the visit.

“I must say that I am indeed excited about this your visit today. I do not have much to say, but I want to call for unity in Urhobo land. We should be united and speak with one voice always. We must do everything possible to move Urhobo forward”, the Speaker said.