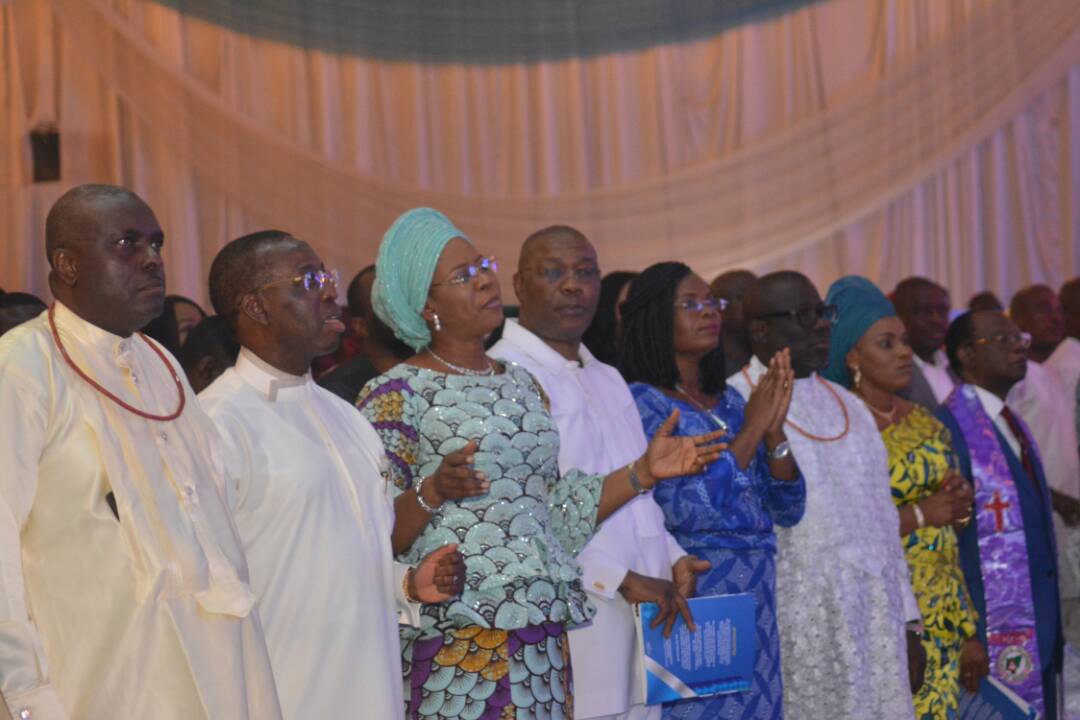 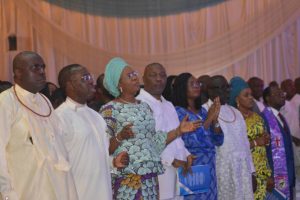 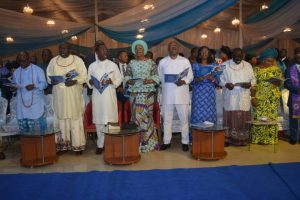 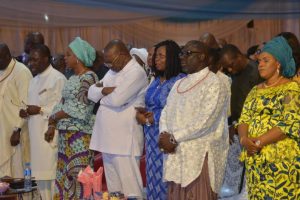 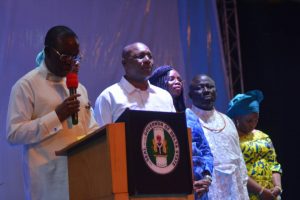 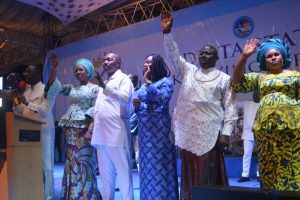 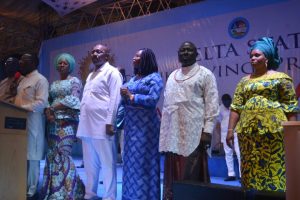 … As Deltans Gather In Asaba For Praise And Thanksgiving To God

THOUSANDS of Deltans on Tuesday attended praise worship and thanksgiving at the Event Centre, Asaba to mark this year’s Democracy Day with Governor Ifeanyi Okowa expressing confidence that more people-oriented projects will be executed in the state.

Governor Okowa who attributed the success of his administration to the glory of God,  asserted, “we believe our God that it will get better and better.”

“As we give thanks to God for what He is doing for us in Delta State,  I wish to appreciate every one of you, every Deltan, you have played different roles for things to get better,” he said, adding, “when you have Jesus as your Lord, nothing can go wrong.”

He continued, “we promised our people that we will create jobs, we have created a lot of it, we have continued to build on the foundations laid by former Governors James Ibori and Dr. Emmanuel Uduaghan,  we will continue to execute projects that will impact on our people, our state is peaceful and we need the cooperation of everybody to sustain the peace, investors are coming and more investors will still come.”

“In the next few months, we will create a new Delta State that we all will be proud of, we have encouraged youths participation in sports through the Principal and Headmaster’s football championships, the Ministry of Basic and Secondary Education will organise athletics competitions, and in August this year, 54 African countries will converge in Asaba for the 21st African Senior Athletics Championships, the Asaba Airport has been opened for business and the airport without sounding immodest, has the best runway in Nigeria,” he stated, disclosing that a lot of projects would be commissioned across the state in the next few days.

Earlier in a sermon, the President, Pentecostal Fellowship of Nigeria, Rev.d Dr. Felix Omobude said, power belongs to God and urged those in authority to use their positions for the benefits of the masses.

He stressed that the people deserves good governance and accountable leadership, adding that Nigerians should be actively involved in the democratic process to choose the right leaders.

Those who performed at the event include Chioma Jesus, Sammie Okpozo, David G., Samsong, Oyelade Elijah, Prospa Ochimana, while Rev. (Dr) Uma-Ukpai and others also, prayed for the state and the country.