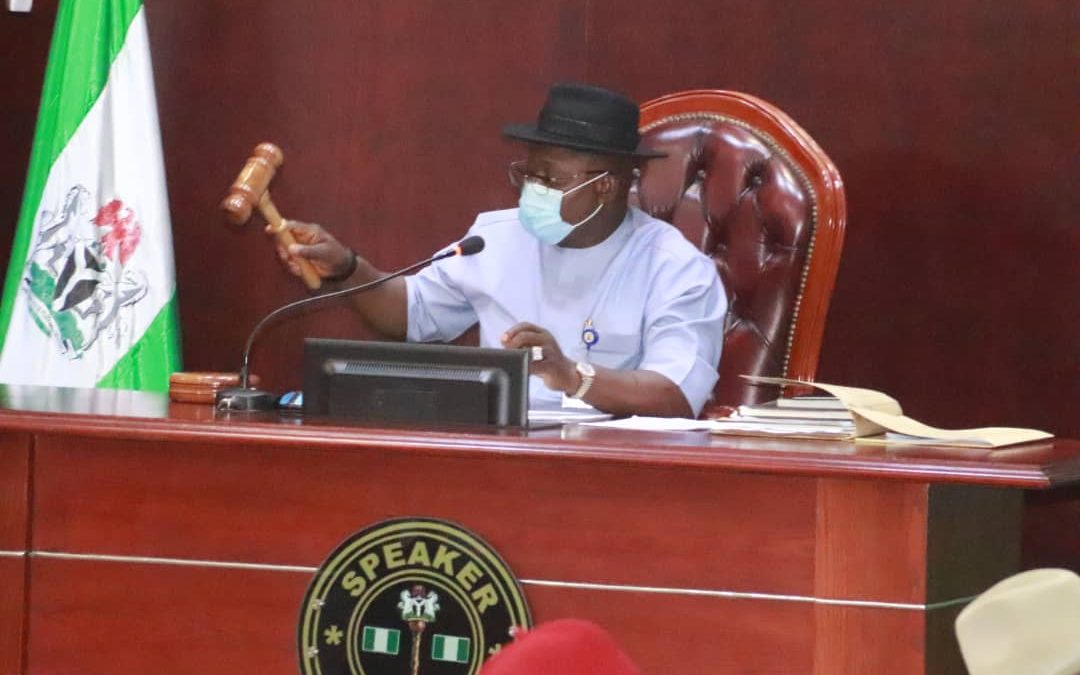 The Delta State Livestock Breeding, Rearing and Marketing Regulation Bill on Wednesday, July 14, 2021, scaled second reading on the floor of the State House of Assembly.

The bill which among other things seeks to prohibit open Grazing in Delta State, has Hon Reuben Izeze, who represents Ughelli South in the House and Chairman, House Committee on Lands, Survey and Urban Development, as led sponsor.

The bill which was introduced for first reading at Tuesday’s plenary of the House, according to Hon Reuben Izeze and others while speaking on the merits of the proposed law, is to protect the territorial integrity of Delta State and to give legal backing to resolutions on open grazing by several stakeholders, including the forum of governors of southern Nigeria.

Leading the debates, Hon Izeze said that the bill which has 23 clauses, be given accelerated attention as it seeks to address the arbitrary rearing and movements of livestock in the State, as well as reduce banditry, kidnapping, armed robbery and other criminal activities in the state.

The Lawmaker maintained that it is the responsibility of government to protect lives and property in the state, emphasizing that besides addressing the growing security challenge in the State, the bill also provided protections for dealers of livestocks against hustlers.

He described the bill as apt and timely, saying that it is a common knowledge that every community in Delta State has stories to tell about the mischief emanating from the unregulated activities and movements of herdsmen in the State.

Hon Izeze stated that as Lawmakers, the lives of the people are Paramount and must do everything within powers to protect it.

Expressing concern that Deltans whose major occupation is farming no longer have access to their farm lands as a result of the activities of herdsmen that are terrorizing every part of the state, the Lawmakers commended the southern governors and the conference of speakers resolutions on the issue of open grazing in southern Nigeria.

They said carrying of firearms, either license or otherwise is being prohibited in the proposed law, as well as prohibits movement of cow by foot in any part of Delta State.

The Lawmakers stressed that contrary to insinuations in some quarters, the intention is not to evicting non residents from the State, but rather, aimed at promoting peaceful co-existence among residents as their activities would be properly regulated.

The Speaker, Rt. Hon. Sheriff Oborevwori referred the bill to the House committee on Special Bill and that of Agriculture and natural Resources for further consideration and to report back on Wednesday, July 28, 2021 for further legislative action.