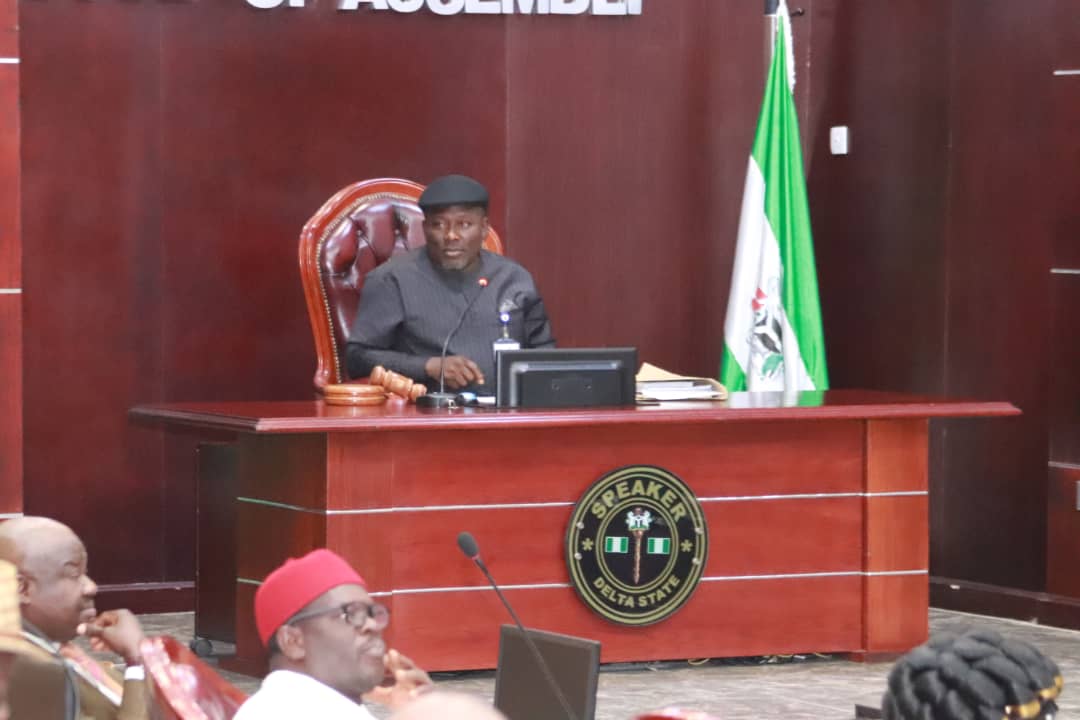 The first Executive bill in the Seventh Assembly titled”Delta State Job and Wealth Creation Bureau Bill” has passed the second reading at the State House of Assembly.

The passage of the second reading of the bill at Wednesday’s  plenary presided over by the Speaker,   Rt Hon   Sheriff Oborevwori followed a motion moved by the Majority Leader,   Hon  Tim Owhefere and seconded by Hon Peter Uviejitobor before being adopted.

Opening debate,  the Majority Leader, Hon Tim Owhefere said the bill when passed would create job and wealth in the state noting that in 2015, Governor   Ifeanyi Okowa promised Deltans prosperity and at the commencement of his administration he introduced the STEP and YAGEP programmes .

He argued that several youths have benefitted from the skill and empowerment programme of the Job Creation Office which has been recognised by the United Nations stressing that  the bill was to give the scheme legal backing .

Hon Owhefere highlighted various clauses of the bill arguing that the bureau would keep a data bank of employed, unemployed and would also design programmes for empowerment and skill acquisition among others.

They argued that the bill when passed into law would strengthen the Job and Wealth Creation initiative of the Okowa administration to do more as the bill would also be a fulfillment of meeting the electoral promises to the people on empowerment thereby making beneficiaries to be self reliant as an enabling environment would be provided to build a stronger Delta.

The lawmakers said the bill would allay the fears of  teeming youths as the bureau will have the legal platform  to create jobs and wealth in order to enhance continuity of the programme unlike in previous administration when such schemes did  not outlive the administration  .

They argued that the Okowa administration used the last four years to experiment the programme and had seen the enormous benefits stressing that the programme had received international recognition.

The lawmakers noted that over four thousand persons have benefitted from the STEP, YAGEP and GEEP programmes within the last four years adding that the bill is gender sensitive and also takes care of physical challenged persons which makes it people oriented.

They said the essence of the bill was to protect the scheme as skill acquisition was the global trend which had enhanced the development of many Third World Nations.

Also contributing,   the members representing Warri South Two, Hon  Matthew Opuoru, Aniocha North, Hon Emeka Nwaobi and Ughelli South, Hon Reuben Izeze,   argued that the quest for greener pastures abroad by youths  was for job to earn a living stressing that with the  bill youths, in the state would have a bureau where they can be trained in different skills noting that the bill with sixteen clauses would institutionalize prosperity for posterity .

They argued that the Delta State Job and Wealth Creation Bureau would translate into practical development as several jobs and wealth   would be created .

The second reading of the bill was unanimously adopted when put to a voice vote by the Speaker, Rt Hon  Sheriff Oborevwori .

The Speaker thereafter set up a six man ad-hoc Committee to scrutinise the  bill with the Deputy Majority Leader, Hon Oboro Preyor as Chairman while Honourables Matthew Opuoru,Austin Chikezie, Felix Anirah, Emeka Elekeokwuri are  members while Mr Ebi Waboke will serve as secretary  .

The ad-hoc Committee is  expected to submit it’s report to the House in two weeks.