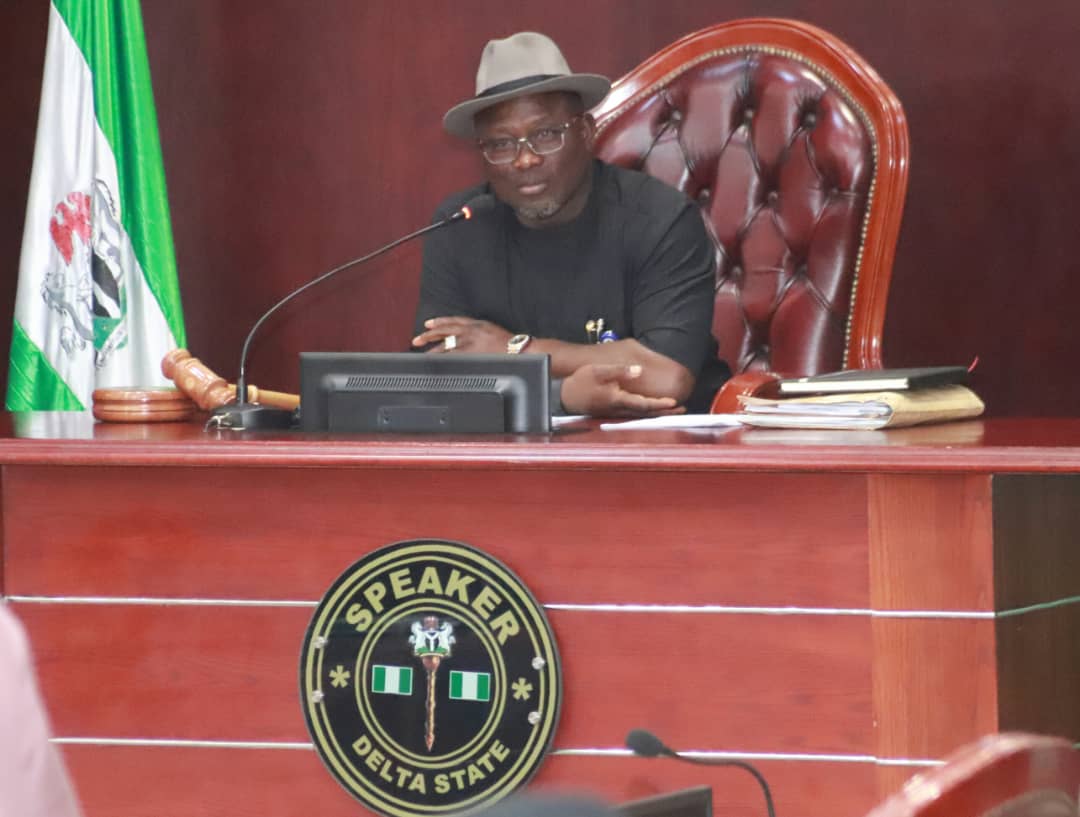 The Delta State Governor and Deputy Governor’s Pension Rights Amendment Bill has passed second reading on the floor of the State House of Assembly.

The   second reading followed conclusion of debates on the merits and demerits of the bill at Wednesday’s   plenary presided over by the Speaker, Rt Hon Sherrif Oborevwori.

The sponsor of the bill and Majority Leader of the House, Hon   Tim Owhefere while opening debate on its merits, said the amendment being sort is to make provisions for former Acting Governor of the State in the Pension Rights law.

Hon Owhefere noted that in the event that a governor is removed by a court order, the Speaker of the State legislature assumes the position in acting capacity and performs the duties of a governor.

He said the principal law do not provide any benefit after the person leaves office as it provided for former Governor and Deputy Governors, saying that the bill was to include the entitlements of former Acting Governor in the pension rights law.

Hon Owhefere maintained that anybody that held the office as Acting Governor should be compensated for his role in contributing to the development of the state.

The Majority Leader disclosed that the pension benefits of the acting governor would be equivalent to the benefits enjoyed by a former deputy governor in the state.

In their contributions, the Deputy Speaker, Rt Hon Christopher Ochor, the Chief Whip, Pat Ajudua, Honourables Emomotimi Guwor, Austin Uroye, Austin Chikezie, Charles Emetulu and Solomon Ighrakpata, said it was necessary to accommodate those who acted as governor in the the pension rights law.

Leading opposition to the bill, the Member Representing Ughelli South in the House,  Hon  Reuben Izeze, argued that the bill is harmful and sentimental.

Hon Izeze stated that placing former Governor and Deputy Governors on pension was never embedded in the constitution but a creation of the house, expressing concern that including the former Acting Governor would increase the recurrent expenditure of the state thereby hampering development.

He said it is unfair to make such provisions of a life pension for an acting governor who served for a maximum of three months, while civil servants after serving the state for thirty five years are unable to access their pension benefits.

The bill scaled the second reading through voice votes by members.

The  Speaker,  Rt Hon  Oborevwori  immediately referred  the bill to the joint House Committee on Rules, Legal, Business and Judicial Matters and Special Committee on Bills for further legislative input.

Also at plenary, the Delta State Customary Court Amendment Bill was read for the second time following conclusion of debates on its merits.

The Majority Leader, Hon   Tim Owhefere said the amendment was to correct some errors created by printer’s devil and urged members to support the bill.

Others who spoke in support of the bill were Honourables Pat Ajudua, Charles Oniyere, Reuben Izeze, Peter Uviejitobor and Austin Chikezie.

The Speaker thereafter committed the bill to the joint committee on Rules, Legal, Business and Judicial Matters and Special Committee on bills and to submit report on Wednesday November 13, 2019.