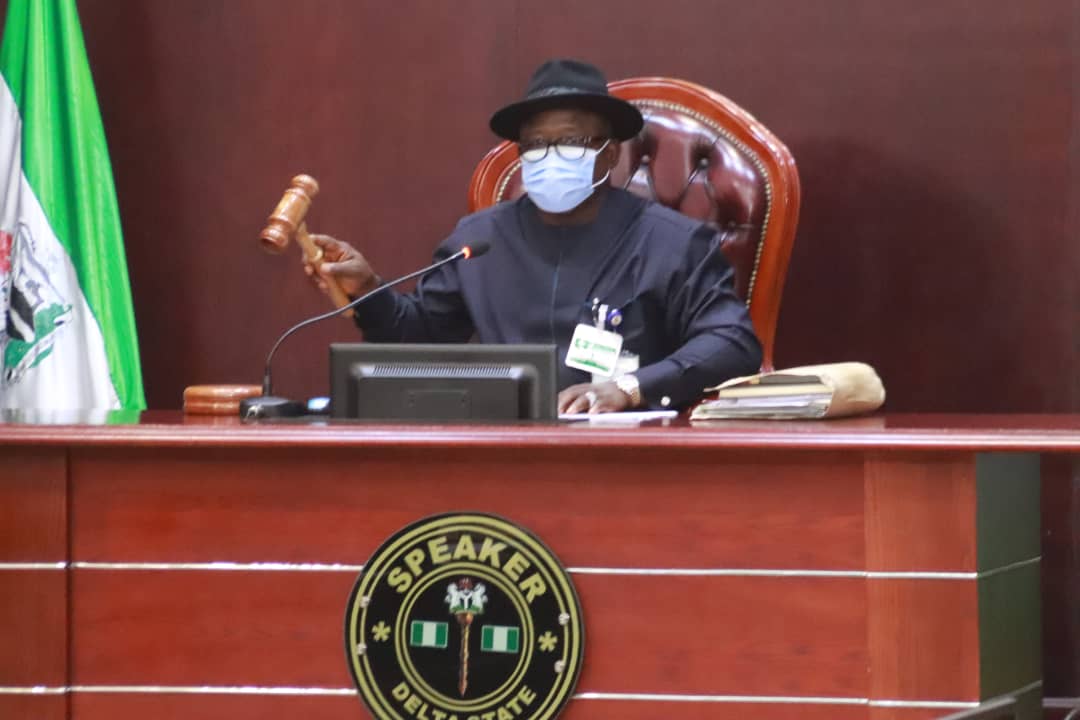 The bill is being sponsored by the member representing Warri South One Constituency and Chairman, House Committee on Health, Hon Austin Uroye and twenty others.

Hon Uroye who moved the motion for the first reading of the bill, had sought the leave of the House to bring in the bill with the short title “Delta State Colleges of Nursing and Midwifery Bill 2020”.

The second reading of the bill has been slated for 17th December 2020.

Meantime, the report of the House Committee on Health on a bill for a law to prohibit all forms of discrimination and give protection, access to justice, support and care for all persons living with and affected with HIV-AIDS in Delta State has been submitted for further deliberation.

The Chairman of the Committee, Hon Austin Uroye disclosed that the bill was referred to the Committee on 16th September 2020, after it’s second reading.

The Lawmaker said in pursuant to the mandate, the Committee met and examined the provisions of the bill and observed that it had nine parts and thirty five sections with the view to ensuring that persons living with HIV-AIDS live a meaningful and fulfilled life without discrimination and stigmatization.

Hon Uroye explained that in order to garner inputs from the public and stakeholders, the committee held a public hearing where the State Ministry of Health, Justice, Women Affairs and Social Development, the Delta State Agençy for the Control of HIV-AIDS, Hospital Management Board, Network of People Living with HIV-AIDS in Nigeria and other stakeholders made presentations.

He stated that inputs from stakeholders were considered in the proposed amendments by the committee for further deliberation by the House.

The Speaker, Rt Hon Sheriff Oborevwori who presided over Tuesday’s plenary, announced Tuesday 8th December 2020 for Committee of Whole on the bill.