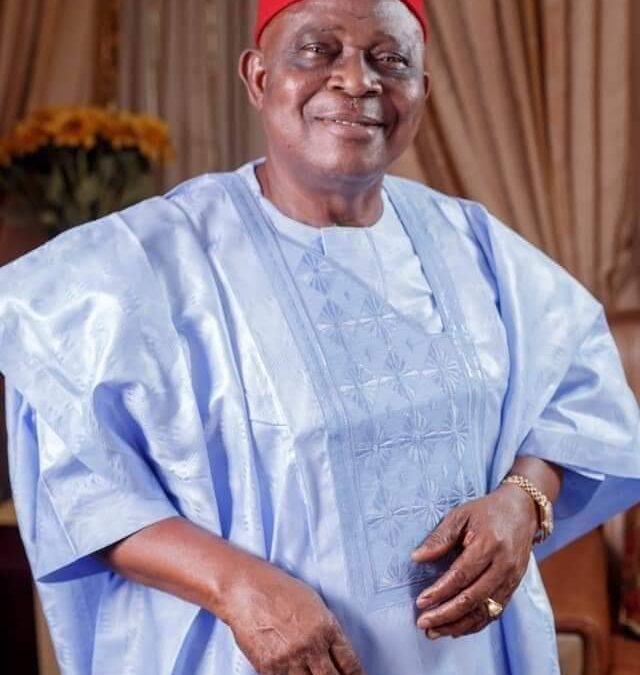 The Speaker of the Delta State House of Assembly, Rt Hon Sheriff Oborevwori has expressed sadness over the demise of Senator Patrick Osakwe.

Senator Osakwe who represented Delta North Senatorial District from 1999 to 2007 reportedly died in a London hospital at the age of 73.

In a Press Statement by his Chief Press Secretary, Mr Dennis Otu, the Speaker who is also the National Deputy Chairman of the Conference of Speakers of State Legislatures of Nigeria, said that the news of the death of the former Senator came to him as a shock and urged the approximation of the footprints of the late Senator.

Most remarkably, the Speaker acknowledged the stewardship and statemanship of the late Senator.

He said that; “The sad news of the demise Senator Patrick Osakwe came to me as shock. His death is a big blow not only to his immediate family but to all Deltans in particular and Nigerians in general. He died at a time when his wealth of experience was most needed. We are going to miss him greatly”.

” As a compassionate leader that he was, Senator Osakwe impacted many lives positively. The late Senator Patrick Osakwe was an accomplished businessman and a distinguished politician”, the Speaker said.

He enjoined more prayers for God’s comforting arms on his family and friends while praying for the repose of his soul.