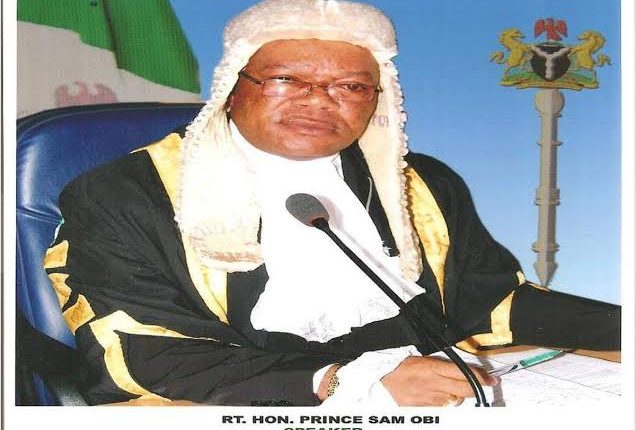 The Rt. Hon. Prince Sam Obi was erstwhile Hon. Speaker of the House in the Fourth Assembly.

In a press statement by his Chief Press Secretary, Mr. Dennis Otu, Rt Hon Oborevwori lamented the passing away of this worthy politician and statesman at a time when his wise counsel was most needed.

According to Rt. Hon. Oborevwori, ” the demise of Rt. Hon Prince Sam Obi is not only a loss to his immediate family and the Ute – Okpu kingdom but a huge lost to the State as a whole”.

He further noted: “Here was a man who combined politics and service to God to the admiration of all. We will surely miss him.”

Rt Hon Oborevwori said Prince Sam Obi’s legacy of dedication and service to the State as an Honourable Speaker of the House and Acting Governor of the State will continue to resonate.

He became an Acting Governor of the State in November 2010. Until his death, he was the founder and General Overseer of Oracle of God Ministry.

While Rt Hon Oborevwori extends his condolences to the family ,the Ute – Okpu Kingdom and the people of Ika North East Local Government Area, he trusted in God to comfort his loved ones.

Rt Hon Oborevwori prayed for the repose of soul of the deceased.