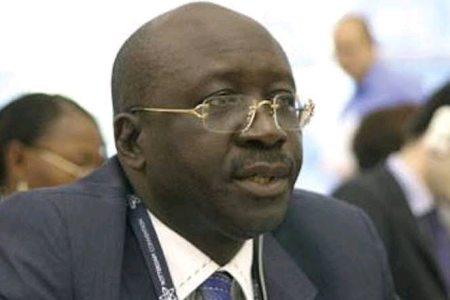 The Speaker of the Delta State House of Assembly, Rt Hon Sheriff Oborevwori has congratulated the new Chairman of the Peoples Democratic Party (PDP), Senator Iyorchia Ayu on his victory.

In a Press Statement by his Chief Press Secretary, Mr Dennis Otu, the Speaker said that the choice of the former President of the Senate for the Chairmanship position of the party was a welcome development.

The Speaker who is also the National Deputy Chairman of the Conference of Speakers of state legislatures of Nigeria said that the wealth of experience of the elected national Chairman of the party was most needed now to rescue the nation, adding that everyone irrespective of political or religious inclinations should work together to salvage the country and expressed the hope that a victory for the People’s Democratic Party in the 2023 general elections would make the country to be great again.

“I want to congratulate the new national Chairman of our great party on his victory at the peaceful national convention of the party. Your choice as the national Chairman of the Peoples Democratic Party (PDP) at this critical time in our country is not a misplaced one and I know that you and your capable team will lead our party to victory in the 2023 general elections”, the Delta State Governorship aspirant said.