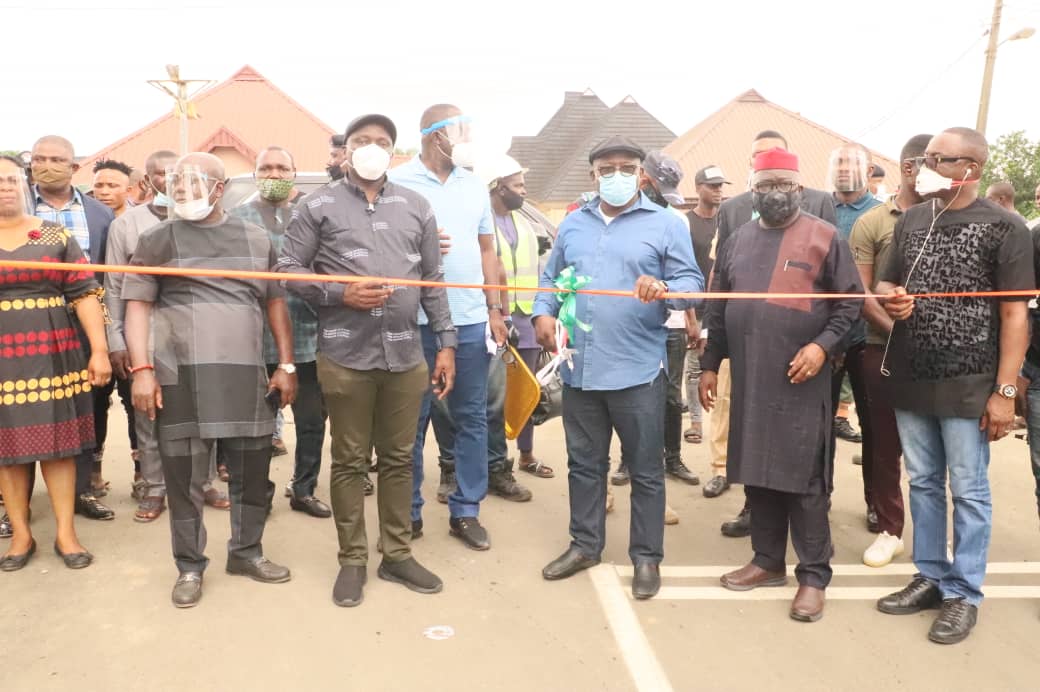 *** COMMENDS THE PEOPLE FOR ENDLESS SUPPORT TO PROGRAMMES,   POLICIES OF GOVERNOR OKOWA-LED ADMINISTRATION

The Speaker of the Delta State House of Assembly, Rt Hon Sheriff Oborevwori has commended the people of Jesse Community in Ethiope West  local Government Area of Delta State for their endless support to the programmes and policies of the State Governor, Senator Dr Ifeanyi Okowa.

“I want to  thank the people of Jesse  for not relenting in their support to the programmes and policies of the Governor Okowa-led administration”, he said.

“Our respected Royal Fathers, Party Leaders, Chiefs, Youth Leaders, Women group, distinguished ladies and gentlemen, I want to thank the people of Jesse  for providing the enabling environment for the contractors to complete these roads  in good time without issues”, he also said.

According to him, as  part of the SMART Agenda of the Governor Okowa-led administration, provision of critical and basic infrastructure is a strong component, adding;  “That is the reason Governor Okowa has chosen to take development to all nooks and crannies of our dear state. And that is what we promised Deltans during our electioneering campaign”.

He said; “I have no doubt in my mind that with the completion of these roads, residents of this community  can now move freely  in a more conducive atmosphere. These roads are going to help in no small way in  promoting economic activities of the people of this community”.

The Speaker  Commended the  Board  members  of  DESOPADEC  for embarking on the construction of the roads  for  the peace loving people of Jesse  Community, and said;  “Since coming on stream a year ago,  members of the Board of the Commission have touched the lives of our people positively”.