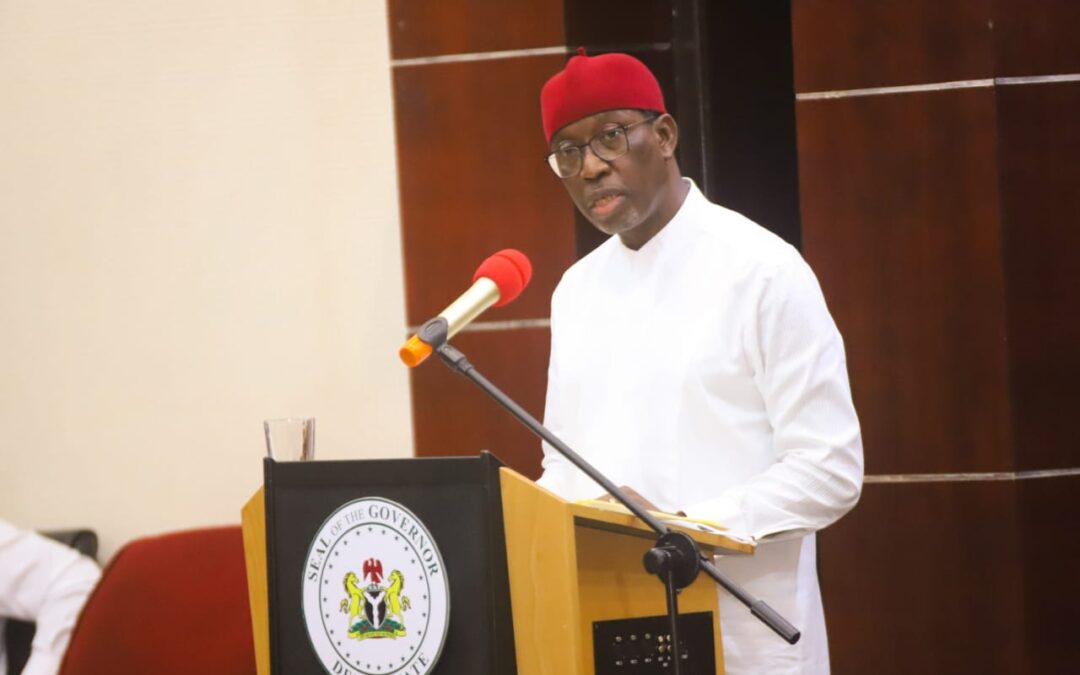 The Speaker of the Delta State House of Assembly Rt Hon Sheriff Oborevwori has commended the state Governor, Dr Ifeanyi Okowa for running a transparent and accountable system of government.

The Speaker who gave the commendation in his welcome address at the year 2022 budget presentation by the governor at the state Assembly, said the state is enjoying enormous peace as a result of his manner and approach to governance.

According to the Speaker, the budget presentation is in fulfillment of the provisions of Section 121 sub-section one of the Constitution of the Federal Republic of Nigeria, as altered, which provides that “the Governor will cause to be prepared and laid before the House of Assembly at any time before the commencement of each financial year estimates of the revenues and expenditure of the State for the following year.

He recalled that in October 2020, the Governor presented the year 2021 budget tagged “Budget of Recovery” before the House, stating that it was a budget of recovery because the economy of the World was facing challenges as a result of the Covid-19 pandemic that disrupted global trade and production of goods and services across the World.

Rt Hon Oborevwori noted that no doubt the year 2021 has been very challenging as a result of the continued effect of the Covid-19 adverse effects on market forces on the crude oil, erratic forex exchange rate and unconscionable inflation.

The Speaker stated that in spite of the challenges, the state has maintained steady progress and commended the governor for the Laudable Projects and infrastructural developments in the State within the period under review.

Rt Hon Oborevwori noted that the establishment of three Universities in the State, including the Dennis Osadebay University, Anwai-Asaba; University of Delta, Agbor; and Delta State University of Science and Technology, Ozoro, was unprecedented in the history of the country.

He also commended Dr Okowa for the completion and commissioning of roads and other physical infrastructural developments across the three Senatorial Districts of the State as well as the several skills acquisition programmes.

The Speaker assured the governor that the Legislature will continue to support his policies and programs for the sustained development of the State and will continue to cooperate with the Executive while also maintaining powers as a House.

Rt Hon Oborevwori expressed optimism that the year 2022 Budget will consolidate the gains of the 2021, saying that he has no doubt that the budget will enhance the welfare and security of the people and the State in general.