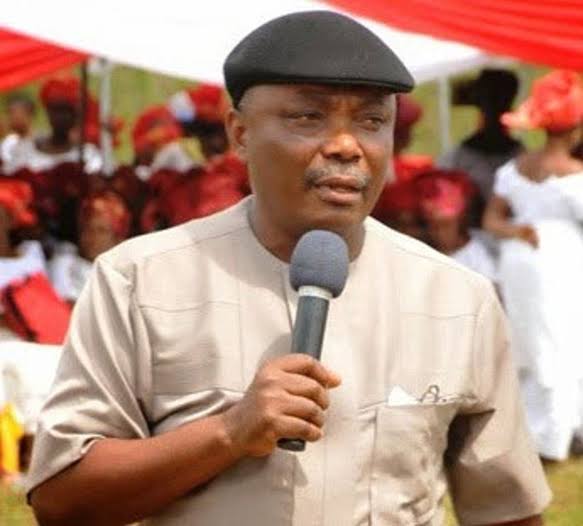 The Speaker of the Delta State House of Assembly, Rt Hon Sheriff Oborevwori has felicitated with the Senator representing Delta North Senatorial District at the National Assembly, Senator Peter Nwaoboshi, as he turns  63 on Monday, June 29,  2020.

In a statement by his Chief Press Secretary, Mr Dennis Otu,  the Speaker described Senator  Nwaoboshi as a  good representative of his people.

According to the Speaker, Senator  Nwaoboshi has  contributed immensely to the  growth of the Peoples Democratic Party (PDP ) adding that he has remained committed and very  vocal   at the Red Chamber.

Describing the  two-time Chairman of the Peoples Democratic Party (PDP) in Delta State as a  worthy representative of his people, the Speaker prayed God to continue to guide and protect him.

“On behalf of my family and Constituents,  I join others in celebrating distinguished Senator  Peter Nwaoboshi, who has done his people  proud,  on the occasion of his  birthday  anniversary”, he said.

The Speaker added that; “May the Almighty God who has kept you this far, continue to shower you  with good health, prosperity and long life. May your bright moon  continue to shine. And may your lines fall in pleasant places. My distinguished Senator Sir, once again,  Congratulations !