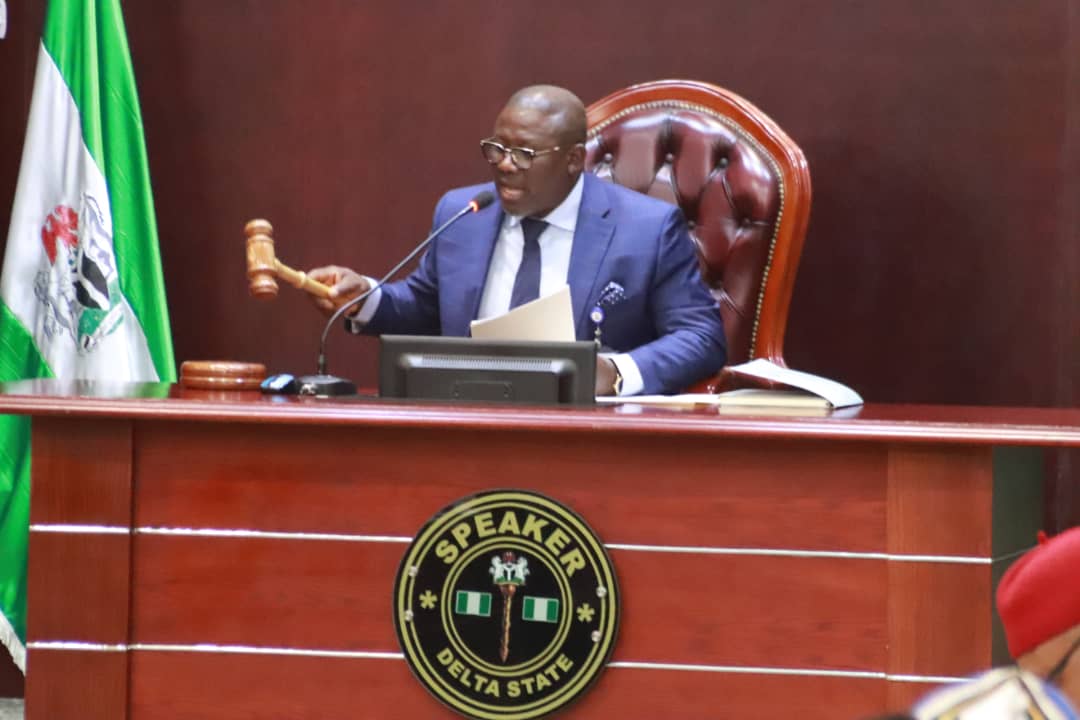 The Speaker of the Delta State House of Assembly, Rt Hon Sheriff Oborevwori has called on Deltans to continue to support the policies and programmes of the state Governor, Senator Dr Ifeanyi Okowa.

In his welcome address on Tuesday, January 14, 2020 on resumption of Plenary, the Speaker while congratulating the Governor on his victory at the Supreme Court, Abuja on Wednesday, January 8, 2020, urged Deltans to continue to support the Governor in his determination to give the state the best.

He said that; “Distinguished Colleagues, on behalf of the Leadership, Members, Management and Staff of the Assembly, I wish to congratulate our amiable Governor, His Excellency, Senator Dr. Ifeanyi Okowa, on his resounding victory at the Supreme Court, on Wednesday 8th January, 2020. This is indeed a reaffirmation of our party, the PDP’s landslide victory in the State Governorship election in March, 2019. I therefore call on all Deltans to continue to support the policies and programmes of the Okowa’s Administration”.

The Speaker said that he was convinced that the Christmas break afforded members of the House the opportunity to rest  and also to prime themselves for the last lap of the First Session of the Seventh Assembly.

“My  Distinguished Colleagues, it is  my pleasure to welcome you back to plenary. I do hope we took advantage of the Christmas break to visit our constituents to deliver the Governor Okowa’s Administration policy thrust in birthing a stronger Delta for our people. I am also convinced that the holiday afforded us the opportunity to rest and also to prime ourselves for the last lap of the First Session of the Seventh Assembly”, he said.

“Out of the above seven bills, four were passed into law by the House, while three are at different stages of legislative process. Also, in the period under reference, the House received and approved several requests from the Executive. In the same vein, the House was also presented with nominees for screening and confirmation into the State Executive Council, Governing Board of State Agencies, Commissions and Parastatals. In all of these, I am proud to say that we diligently and professionally carried out all these assignments to the glory of God. To this I say kudos to all of us”, the Speaker stated.

“Accordingly, in this remaining part of the Session, I implore us as always, to put all our hands on deck to ensure a successful completion of the Session. I therefore call on Chairmen and Members of Committees to assiduously work on all matters referred to their Committees and report as soon as possible to plenary”, he added.