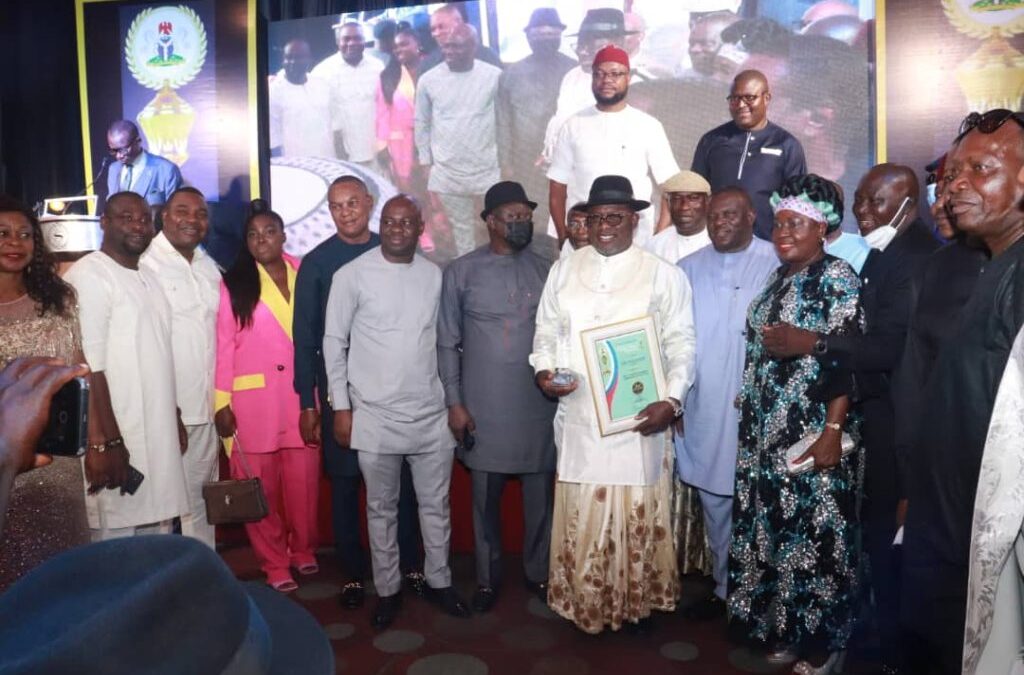 The Speaker of the Delta State House of Assembly and National Deputy Chairman of the Conference of Speakers of state legislatures of Nigeria , Rt Hon Sheriff Oborevwori, on Wednesday night, bagged Lawmaker of the Year from the Independent Newspaper and Independent Parliamentarian of the year.

The Lawmaker of the Year award which is the maiden edition of the Independent Nigerian Parliamentary Excellence Awards 2021, was held at the Sheraton Hotel, Abuja. Fifteen other lawmakers drawn from across the country, were also honoured in different categories.

Speaking during the award presentation ceremony, Managing Director of Independent Newspapers, Mr. Steve Omanufeme, said the recipients of the awards in the Federal and State legislature had touched lives and impacted society positively.

Omanufeme said: “As part of our thought leadership initiative and commitment to the development of our great nation, Independent Newspapers Limited, in association with African Consolidated Analytical Limited, ACAL, decided to provide a platform to recognize, reward and celebrate lawmakers who have excelled in lawmaking and in their chosen intervention projects aimed at touching lives and changing society positively.

“It is for the above reasons that the Nigerian Parliamentary Excellence Awards is conceived. Over the years many of us have struggled to understand the value of the legislature in a constitutional democracy.

“Coming up with the list of deserving awardees for this maiden edition was no easy task given the large number of lawmakers and the incredible performances of all our legislatures.”

Receiving the two awards, Rt Hon Sheriff Oborevwori dedicated the award to God, his colleagues and all Deltans, adding that the awards were made possible due to the overwhelming support and cooperation of his colleagues.

Rt Hon Oborevwori also thanked Governor Ifeanyi Okowa for the harmonious relationship with the Executive, Legislature and the Judiciary Arms of government.

“My Colleagues, you are the best; let us continue to work together for our people who elected us to represent them. We cannot afford to disappoint them. We will continue to come out with people-oriented laws for the good of our dear state and the people.

“We will continue to work with the Executive Arm of Government, in order to give our best to the people. We have also enjoyed working with the Judicial Arm of Government of our state. We will sustain the cordial working relationship with all arms of government at all times.”