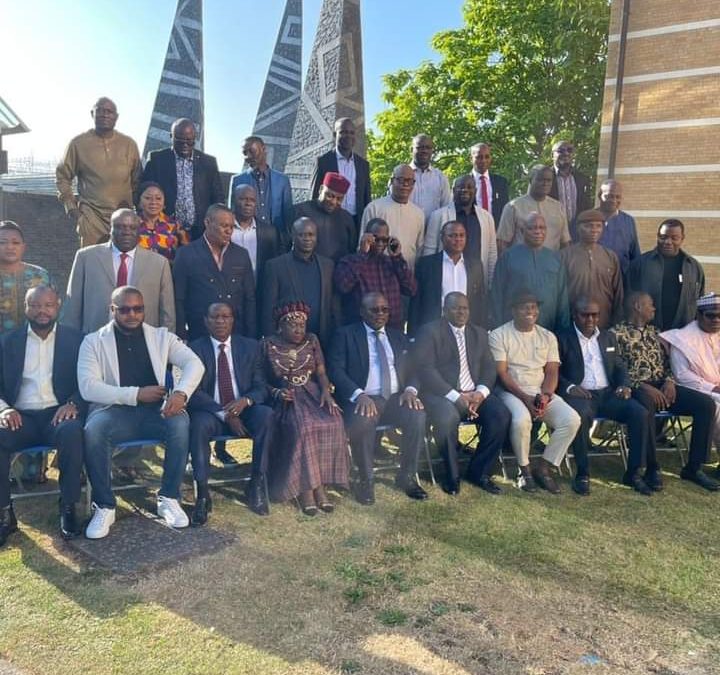 Members of the Delta State House of Assembly are presently at the prestigious Moller Institute, Churchill College, University of Cambridge, United Kingdom for a weeklong leadership training.

The legislators who arrived Storey’s Way, Cambridge, UK, last week for the Advanced leadership Programme, are expected to be tutored by some of the finest scholars in leadership, legislative and capacity building around the world.

The Speaker of the State Assembly, Rt. Hon. Sheriff Oborevwori, said that the training was meant to add intellectual capital to the legislative arm and enhance general governance in the state.

While noting that governments all over the world often make budgets for the training of its manpower, the Speaker said knowledge acquired from this event would yield huge benefit for the state.

According to the Speaker;“We are here to broaden our knowledge in leadership, capacity building and legislative excellence like it is done in countries with advanced democracies. You will recall that at the inception of my administration, I have placed enormous premium on capacity building, training and retraining of the Assembly workforce. Some of the theories we were taught as students of political science in tertiary institutions are already becoming outdated. Daily, there is the growing need to pursue global best practices in legislative performances, synergy with the other arms of government and creating a healthy atmosphere for the delivery of democratic dividends to the people. Our Assembly which is popularly known and referred to as the most vibrant Assembly in the country cannot be left out”.

Rt Hon Oborevwori stressed that the entire workforce of the Assembly ranging from the legislative assistants to a certain cadre of the civil servants, have had their various trainings recently.

He said this particular exercise for the lawmakers was to complement what the other sections of the Assembly workforce have done, for the overall optimal performances of that arm of government.

He said that;“About three weeks ago, our aides were treated to a two-day workshop on their roles in the effective delivery of government assignments. A week later, senior civil servants who equally form an integral part of the Assembly management apparatus were equally trained. Ours, here in the UK is a continuation of that rigorous intellectual drilling. We are determined to serve our people and constituencies better than they have ever experienced”.

The Moller Institute at Churchill College, University of Cambridge has lived for over 3 decades providing development of current and future leaders in government, industry, academia and civil society.

Founded in 1992, the institution prides itself as having trained over 600,000 world leaders ranging from functionaries in top echelon of leadership to business executives.

It has some of the most sort after development and education programmes globally as well as world-class tutors and unbeatable state-of-the art facilities which distinguishes it from the rest.