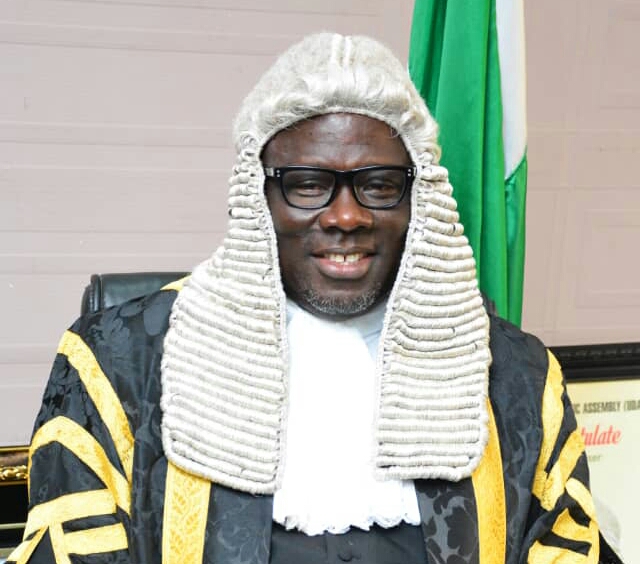 The Speaker, Delta State House of Assembly, Rt. Hon. Sheriff Oborevwori, has     felicitated  with the state government and good people of Delta State on the 29th anniversary of the State creation.

He noted that at 29, the state has come of age and urged Deltans to continue to live in peace and unity to engender sustainable  development across all parts of  the State.

In a press statement by his Chief Press Secretary, Mr. Dennis Otu, the Speaker expressed  appreciation to  Governor, Senator Dr. Ifeanyi Okowa and other past leaders of the State for their efforts in keeping the State together.

According to him, ” At 29 we can beat our chest and proclaim loud and clear that we have come of age. Our desire to be a leading state in the federation remains resolute”.

He added that; “We are a praying state. We believe that the Almighty God also answers prayers. We are not ashamed to ascribe our success to God and so let us continue to pray for the leadership of the State. We should not relent in praying for the growth, progress and peace in  the state”.

The Speaker admonished all to shun divisive tendencies, saying, ” As we celebrate the 29th anniversary of the creation of Delta State, let us collectively shun all divisive tendencies. Let us therefore resolve to join hands and move our dear state to enviable heights”.

He lauded Governor Okowa for his visionary leadership and his achievements since  he became Governor, noting that; “Our Governor has done very well and his achievements are there for all to see. I want to use this opportunity to congratulate our Governor on the occasion of the 29th anniversary of the creation of Delta State and to implore Deltans to continue to give him the needed support”.