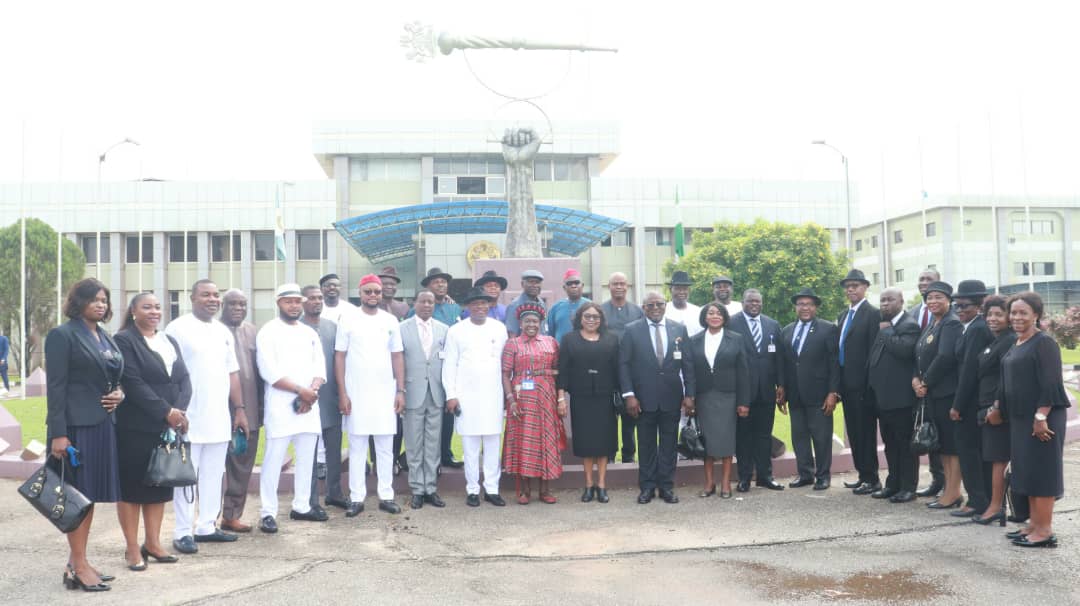 The Delta State House of Assembly, on Tuesday, July 6, 2021, reaffirmed its commitments towards strengthening the ongoing synergy between it and the State judiciary aimed at enhancing robust socio-economic development in the State.

Speaker of the State Assembly, Rt. Hon. Sheriff Oborevwori stated this while playing host to the Chief Judge of the State, Justice Theresa Diai and the President, Customary Court of Appeal, Justice Patience Elumeze who were in his office for a condolence visit on the members of the House over the demise of late Hon Kenneth Edafe Ogba who represented Isoko South 1 Constituency until he passed away on Sunday, June 27, 2021.

Receiving the visitors, Rt. Hon. Oborevwori, while describing the death of Hon. Kenneth Ogba as well as that of the Majority leader of the House, Hon. Tim Owhefere who died January 27th, 2021, as big blows to the State Legislature, however, said that the House is being consoled by the concerns shown by both the State Executive and that of the Judiciary.

This, Rt Hon Oborevwori explained, speaks volume of the existing robust relationships between the three arms of government in the State.

He said, “The death of two of our colleagues; Hon. Tim Owhefere and Hon. Kenneth Ogba is indeed sad to us as they were big blows to us.

“However, we are being consoled by this condolence visit today and the ones we have received earlier by the State Governor, Senator Dr Ifeanyi Okowa as well as that of the Deputy Governor, Barrister Kingsley Otuaro. 1 2 am SCThe condolences, no doubt have made us strong in the midst of the pains” the Speaker said.

He also said that; “We pray that this does not happen to us again and I assure you that we will continue to work together so that Deltans will continue to enjoy the dividends of this administration”

Commenting on the State judicial autonomy, the Speaker assured the duo Justices of the State Legislature’s preparedness in ensuring that the needed support was given to them as at when due.

Earlier in her address, the Chief Judge of the State, Justice Theresa Diai told the Lawmakers that they were in the State Assembly to commiserate with them over the loss of the Lawmaker representing Isoko South 1 constituency, Hon Kenneth Ogba.

According to her, the death of the Lawmaker came to them as a rude shock just as she prayed that there should not be a reoccurence of the unfortunate event.