Delta Assembly Directs Ministry of Lands, Survey to Pay One Million Naira To Petitioner Over Destruction of Fence, Office Building 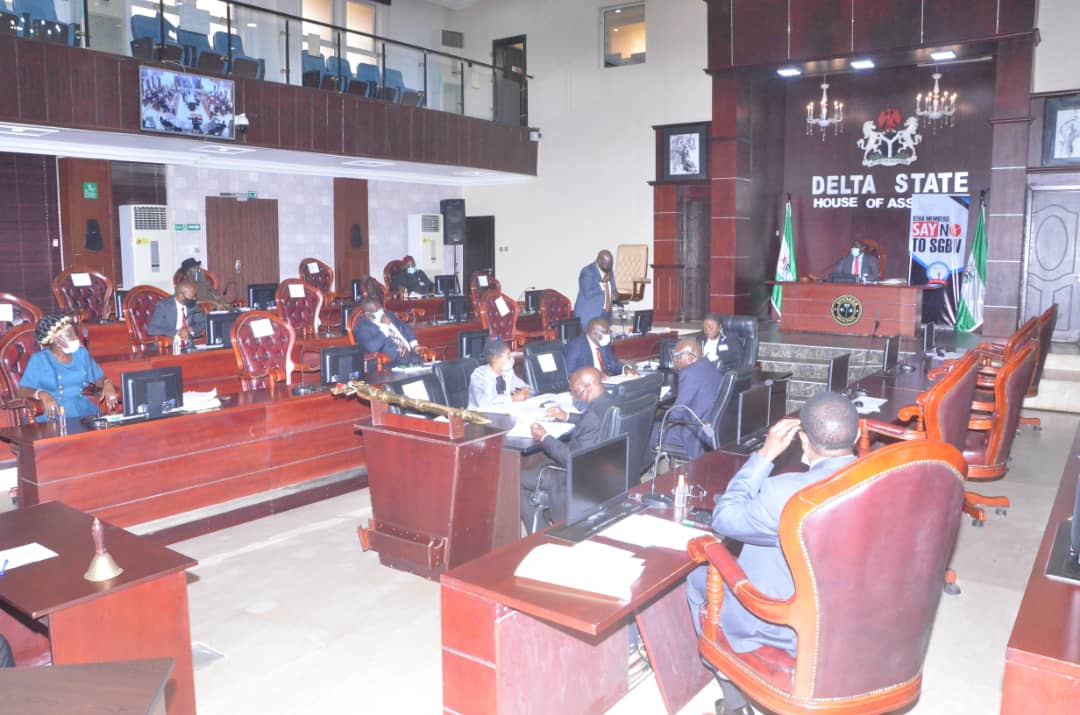 The Delta State House of Assembly has directed the State Ministry of Lands and Survey to pay the sum of N1Million as compensation to one Mr. Edwin Adjeke for the damage done to his properties and injuries inflicted on him and his son.

The directive followed   the adoption of the report and recommendation of the House Committee on Public Petitions on the alleged unlawful oppression, unjust and unconscionable destruction of the fence, office building, blocks and other properties belonging to the petitioner, Mr. Edwin Adjeke, by one Mr. Samson Ambrede (Uvwie Area Officer 11) of the State Ministry of Lands, Surveys and Urban Development, accompanied by other members of staff and armed policemen.

The Lawmakers, at Tuesday’s  plenary  also  advised the Staff of the State Ministry of Lands and Survey to be more professional in the discharge of their duties by abiding to the law in carrying out its demolition obligations just as they warned the petitioner, Mr. Edwin Adjeke to henceforth   desist from encroaching on lands that falls  within  Government right of ways.

In the report which was read on  the floor of the House by the Chairman of the Committee, Hon. Princess Pat Ajudua, the Lawmakers said Mr. Ambrede and the Ministry must not be held liable for destroying the wall fence erected by the petitioner as according to them, it falls within the stipulated Government right of ways  amounting to  trespass.

It clarified that the One Million Naira cost awarded was for the property destroyed, other than the fence, and for the bodily injuries inflicted on the petitioner and his son.

Motion for the adoption of the report,  was moved by the Majority Leader of the House, Hon. Tim Owhefere and  seconded by the Member representing Ughelli North 1, Hon. Oniyere Charles Whomrowho.

The Speaker of the House, Rt.Hon.Sheriff Oborevwori  who presided over the plenary, while commending members of the committee for the detailed report on the allegation, described the report as balanced and unbiased.

Recalled  that the House on Wednesday, December 5,  2019 received a petition from one Mr. Edwin Adjeke about an alleged oppressive, unlawful, unjust and unconscionable destruction of his properties by the State Ministry of Lands and Survey through his Representative in the  House,  Hon. Solomon Ighrakpata.