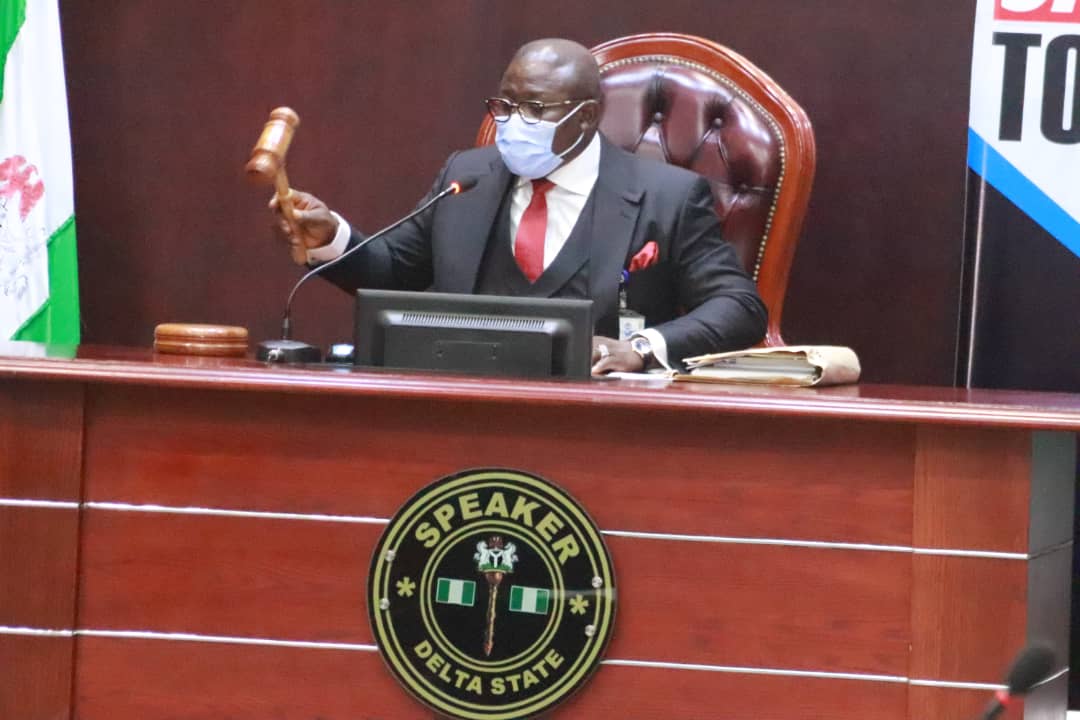 The Delta State House of Assembly, has passed a resolution calling on Governor Ifeanyi Okowa to as a matter of urgency, direct the relevant Agencies of government in the State to immediately commence preventive and precautionary measures along the flood plains and tributaries of the River Niger to prevent the danger associated with the predicted flooding of coastlines by the Nigerian Meteorological Agency (NIMeT).

The resolution was sequel to a motion brought under matters of urgent public importance by the Member Representing Ughelli South Constituency, Hon Rueben Izeze, on Tuesday during resumed plenary of the House after seven weeks break.

Hon Izeze, in the motion particularly named coastal communities of Okwagbe, Ofrukama, Okpare and Omosuomo in Ughelli South among others with high risk of possible flooding.

According to him, the motion was to forestall or minimize the devastating effect of the impending flood that had already started ravaging communities in the Savanah plains.

He explained that besides sensitization of residents of coastal communities, steps should also been taken to clear blocked natural waterways, desilt canals and drains as well as prepare temporary camps to accommodate would be victims of the impending flood.

Hon Izeze recalled the heavy flooding experienced in the state in 2012, saying that it would not have been as terrible and devastating if proactive measures were taken to mitigate the effect.

He said now that the Nigerian Meteorological Agency, NiMet, had warned that 28 states in the country, including Delta were at risk of flooding, it was pertinent for the state to prepare towards averting the imminent danger.

The Lawmaker therefore stressed the need for the Governor to direct the Delta State Ministry of Environment, the Bureau for Special Duties, the State Emergency Management Agency and all other relevant government agencies to commence proactive measures in that regard.

Hon Izeze harped on the need for government to act fast to prevent loss of lives and property in the state to flooding.

The Chief Whip of the House, Honourable Pat Ajudua, Deputy Chief Whip, Solomon Ighrakpata, Deputy Majority Leader, Oboro Preyor and the member representing Ika North East, Anthony Ekekeokwuri, were unanimous in their arguement that urgent proactive measures must be taken to avert the impending flood disaster in the state.

The Lawmakers said the motion was in line with the constitutional responsibility of the House, stressing that preparing for emergency situations was key to guarding against imminent danger.

They stated that possible danger of flooding in the State as predicted by the NiMet, calls for concern hence the need for proactive actions.

The motion was unanimously adopted when put to voice votes by the Speaker, Rt Hon Sheriff Oborevwori who presided over Tuesday’s plenary.