Delta 2023 : We Are Solidly Behind You, Lawmakers Assure Oborevwori 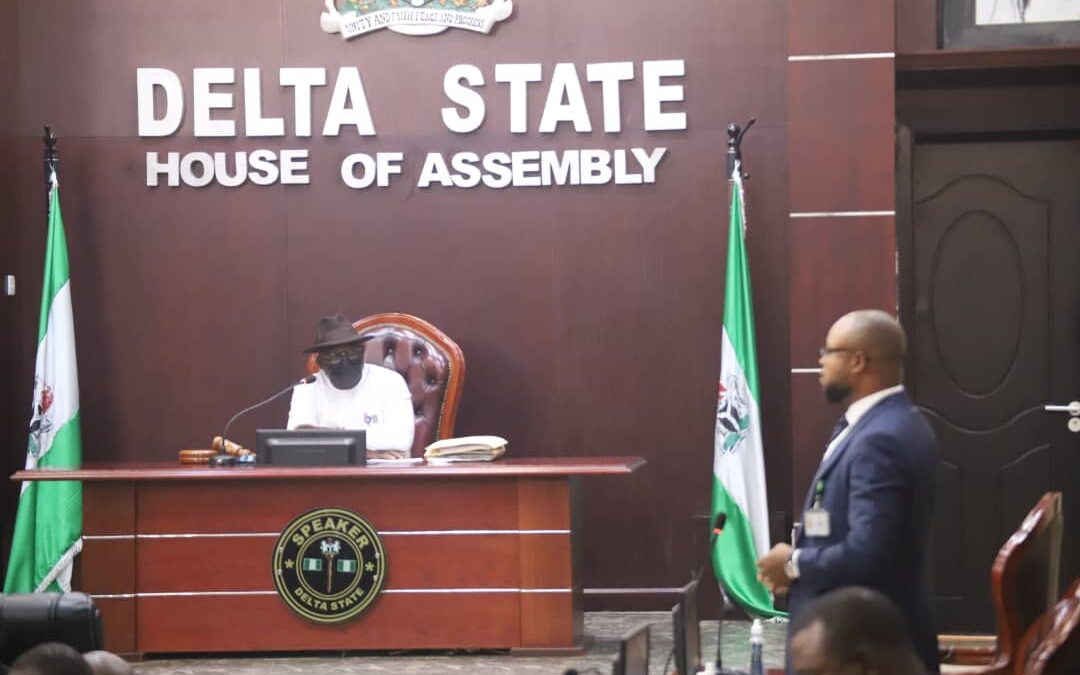 The Chairman, Delta State House of Assembly Committee on Works, Hon (Engr) Emeka Nwaobi has said that members of the state legislature are solidly in support of the gubernatorial ambition of the Speaker, Rt Hon Sheriff Oborevwori.

Speaking at the hallowed chamber during plenary of the House, Hon Nwaobi who represents Aniocha North in the Assembly, said their support is predicated on the fact that the Speaker is eminently qualified and have the capacity to continue the good works of the PDP led administration in Delta state.

Hon Nwaobi, told the Speaker that the House under his watch, is hundred per cent in support of his gubernatorial ambition, urging him to go ahead as majority of the members are with him.

Describing the Speaker as the best candidate to take over from Senator Dr Ifeanyi Okowa come 2023, the Aniocha North youthful and vibrant lawmaker, maintained that the leadership qualities of Rt Hon Oborevwori within the past five years on the saddle as Presiding Officer of the State Legislature, has greatly endeared him to members.

Hon Nwaobi stressed that the overwhelming support the Speaker enjoyed during the Mega rally organized by the State Chapter of the People’s Democratic Party, PDP at the weekend in Asaba, were testimonies to the acceptability of his candidacy by the people.

“Mr Speaker, i want to say that we are happy with you and the way you have been handling us as legislators within the past five years. I want to further say that we are indeed proud of you as our leader, particularly on Saturday when we saw the overwhelming support that was given to you during the PDP mega rally here in Asaba”, Hon Nwaobi stated.

Continuing he stressed “Our support is predicated on the fact that you are a man of wisdom, intelligence and love for the people. My Spirit tells me that given the development, you are the next Governor of this state come 2023. Your humility, commitment to excellence, patience and hardwork, will continue to pave ways for you”.

“So, on behalf of myself, the good people of Aniocha North and indeed this honourable House, wish to inform you that we are in support of your ambition of becoming the next Governor of our dear State, Delta” Hon Nwaobi stated.

The Lawmaker expressed joy that majority of Deltans are already throwing their weight behind the gubernatorial ambition of the Speaker, saying that the state legislature is happy over the development and would mobilize all the support for the Speaker, Rt Hon Sherrif Oborevwori, in his ambition to becoming the next governor of Delta State.