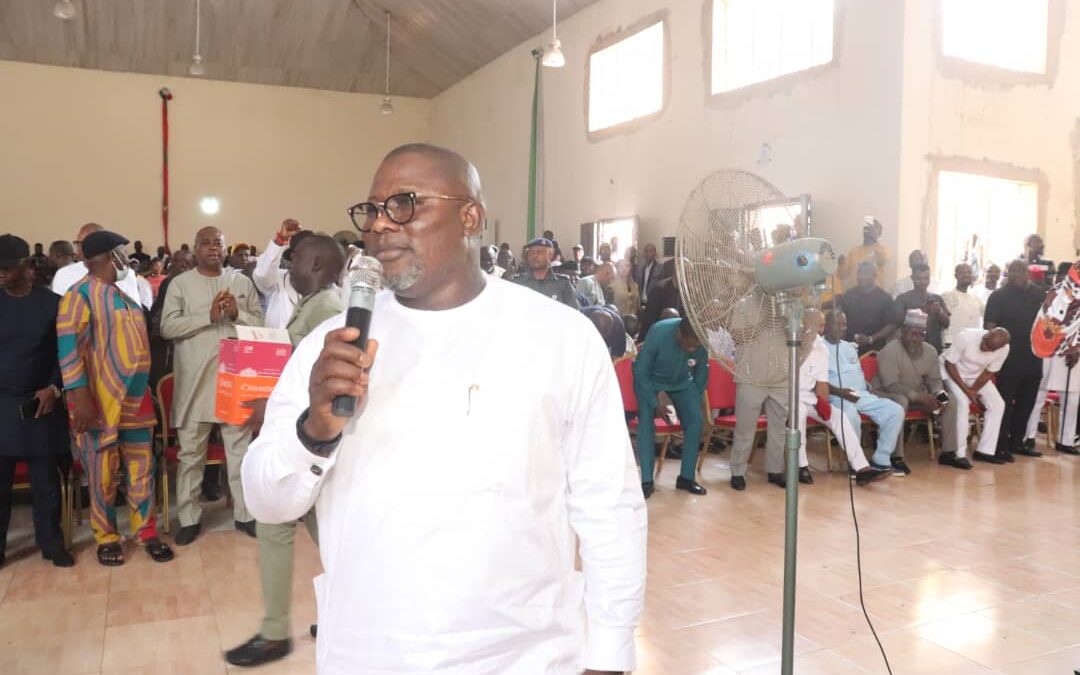 The Speaker who stormed the PDP Secretariat in a blaze of glory was joined by a sea of supporters across the three senatorial districts of the State as well as most lawmakers in the State.

Speaking at the meeting presided over by the State Chairman of the Party, Olorogun Barrister Kingsley Esiso, the Governorship aspirant said that his aspiration is hinged on the need to sustain the social-economic and infrastructural development in the State.

The Speaker who is also the National Deputy Chairman of the Conference of Speakers of State Legislatures of Nigeria used the occasion of the consultation to debunk social media reports, alleging that he was sometime arrested by security agencies in connection with financial improprieties.

He said, ” I want to use this medium to say that there was no time that I was arrested by security agencies. As speaker of the State House of Assembly for over five years now, I am bold to say that I have never been accused of financial mismanagement.

‘ I am a prudent leader and that is what has kept me going and succeeding as Speaker of the most vibrant House of Assembly in the Country.

“Today, I am here to consult with Stakeholders of our great Party-the PDP of my ambition to run for Governorship position in the State.

“If given the position, I do promise that I will not disappoint the party and Deltans in general as I am ready to listen more, do more and achieve more” he said.

Receiving the governorship aspirant to the State party secretariat, the State Chairman of the People’s Democratic party (PDP), Olorogun (Barrister) Kingsley Esiso said the Party will provide a level playing field for all aspirants to exercise their rights.

Earlier, the immediate past President General of Isoko Development Union (IDU) worldwide and a major stakeholder in Isoko nation, Chief Iduh Amadhe had introduced the Speaker to the gathering of who is who in the Delta State politics.