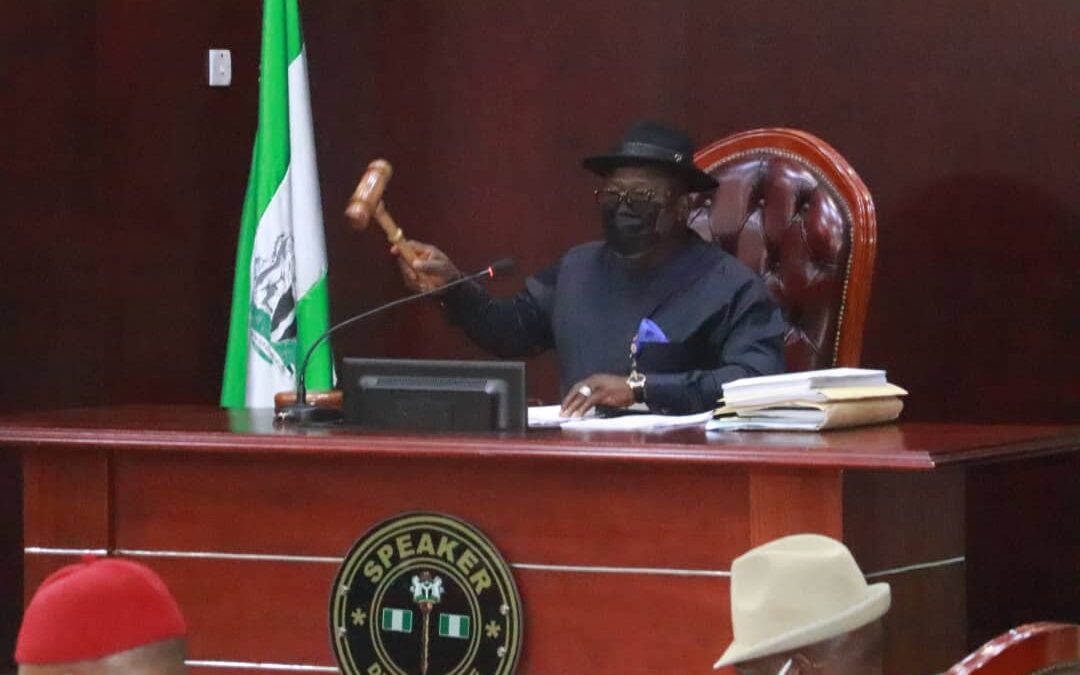 The Delta State 2022 Appropriation Bill of N469.5 Billion, has scaled through second reading on the floor of the State House of Assembly.

At the second reading of the Bill during Tuesday’s Plenary presided over by the Speaker of the State House of Assembly, Rt. Hon. Sheriff Oborevwori, the Lawmakers, in their various submissions, were unanimous that the Budget as proposed by the State Governor, Senator Dr Ifeanyi Okowa, was aimed at enhancing the socio-economic development and welfare of Deltans.

Opening debate on the Executive Bill, the Majority Leader of the House and member representing Isoko South 2 Constituency, Hon Ferguson Onwo was optimistic that the Bill, when passed, would enhance the Speedy completion of ongoing projects in the State and thus; foster the dividends of democracy

Describing the Bill as apt and timely, Hon. Onwo maintained that, given the slim difference between the 2021 approved Budget of N383.9 and the current proposed Budget of N469.5 Billion, the State Governor, Senator Dr Ifeanyi Okowa has shown clear intention of transparency, accountability and prudence in Governance.

Other Speakers who included, The Deputy Speaker, Rt. Hon. Ochor Christopher Ochor, the Minority leader, Hon. Innocent Anidi, the Chief Whip, Hon. Princess Pat Ajudua, Deputy Majority leader, Hon. Oboro Preyor, the Member representing Ika North East, Hon. Anthony Elekeokwuri, among others, threw their weight behind the Bill, noting that the Bill, when passed into law, would help in enhancing the socio-economic well being of Deltans.

Presiding over the Plenary where all the Sitting Members contributed meaningfully to the debates, calling for the speedy passage of the Bill, the Speaker, Rt. Hon.Sheriiff Oborevwori who earlier appealed to the members to confine their debate to the current economic realities in the country as well as the global trend and, in observance to the House rule 90, sub rules 2,3 and 4, commended the lawmakers for what he described as their robust, intelligent and meaningful contributions in the debate.

The Bill was later referred to the House Committee on Finance and Appropriation and to report back on Thursday, November 11, 2021.