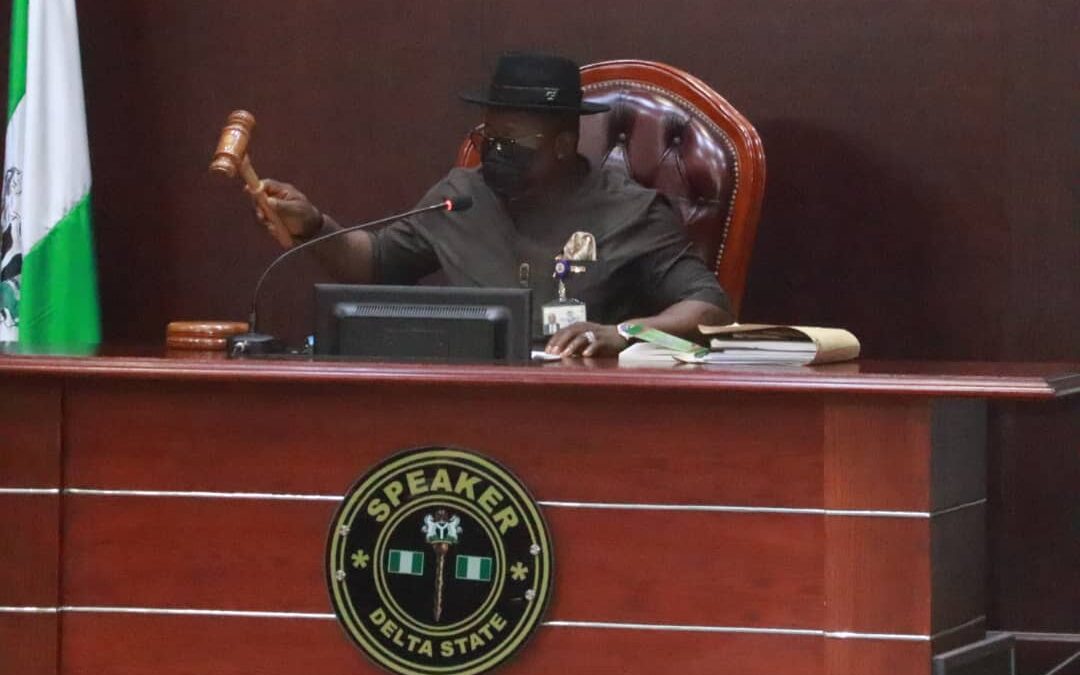 The 2021 Delta State Appropriation law amendment bill has passed second reading on the floor of the State House of Assembly after a robust debates on the import of the supplementary budget to the peace, good governance and development of the state.

The Majority Leader of the House, Hon Ferguson Onwo led debates on the merits of the supplementary Appropriation amendment bill at Wednesday’s plenary, presided over by the Speaker, Rt Hon Sheriff Oborevwori.

The Majority Leader, Hon Ferguson Onwo while leading debates on the merits of the bill, said the state government’s focus is to take care of priorities areas in its policies and programmes as the administration strive to finish strong.

The Majority Leader drew the attention of his colleagues to relevant sections of the constitution of the Federal Republic of Nigeria as regards the issue of budget and budgeting, saying that the state Governor, Senator Dr Ifeanyi Okowa is irrevocably committed to accountability and fiscal responsibility.

Hon Onwo said the amount being realign is Sixty Six billion, three hundred and eighty one point three million naira, saying that reasons adduced by the governor in his letter to the House on the need for the supplementary budget were germane.

The Majority Leader explained that the 2021 budget size of Three Hundred and Eighty Four billion naira remains the same, pointing out that the budget was only being reordered to take care of areas of serious needs in the state.

He said paucity of funds as a result of drop in federal allocation to the state as well as high rates of inflation, global economic meltdown caused by the rampaging Covid 19 pandemic, among others has made it imperative for government to prioritize areas of expenditure.

The Lawmakers also expressed happiness that the expenditure lines and vote-of-charge set out for realignment were returns from some ministries, departments and agencies, MDAs and do not in any affect the 2021 budget size of the state government.

Others who also spoke on the merits of the supplementary budget said there was the need to move idle funds to areas of critical needs, stressing that most of the legacy projects of the state government will be completed by the new development.

The Speaker, Rt Hon Sheriff Oborevwori subsequently referred the bill to the House Committee on Finance and Appreciation for further scrutiny and directed it to submit the report on Tuesday next week.