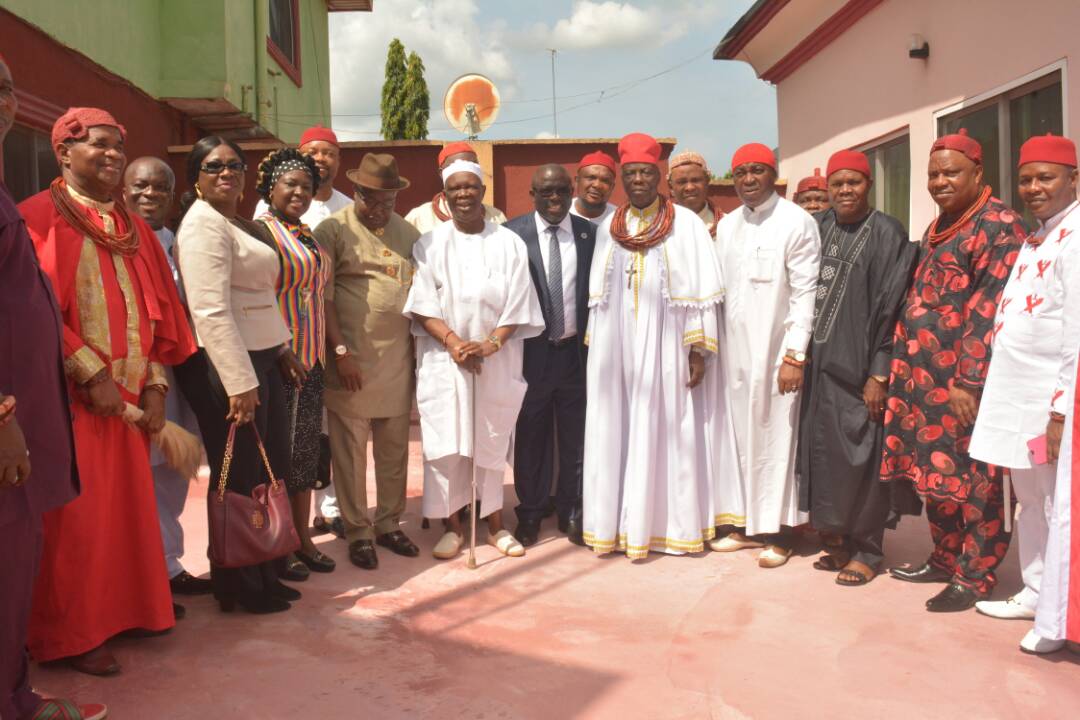 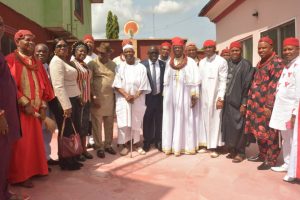 THE Speaker of the Delta State House of Assembly, Rt Hon Sheriff Oborevwori has called on  Traditional Rulers in the State  to continue to support the State Governor, Senator (Dr) Ifeanyi Okowa.

Addressing members of the State Traditional Rulers Council at the palace of the Obi of Owa Kingdom in Owa-Oyibu, Ika North East Local Government Area  of the State, the Speaker attributed the peace being enjoyed in all parts of the State to the unrelenting efforts of the Royal Fathers, adding that they have been of great support to the State Government and implored them to sustain it.

He said that; “I am here today to thank  members of the State Traditional Rulers Council for the support that you are giving to the State Governor, Senator Okowa. I want to say that our Royal Fathers are doing so much in keeping peace in their domains. The peace that we are enjoying in the State today, our Traditional Rulers contributed to it. Thank you so much for the love and support  you are giving to us.

Responding on behalf of his colleagues, the Chairman of the State Traditional Rulers  Council and the Obi of Owa Kingdom, HRM Obi Emmanuel Efeizomor 11 (JP), OON, commended the Speaker for the visit, saying that; ” We are happy that we have a person like you piloting the affairs of the Parliament  in the State. You are a blessing to the State, you were nominated by God.  For the Speaker to have come here today to see us   is heartwarming; it has never happened before, it is first of its kind and we appreciate you for deeming it necessary to honour us with your visit.  We want to continue to have people like you in the Legislature. The Delta  State House of Assembly is doing very well, our Lawmakers should continue with their good works because we need a peaceful Parliament and that is what we have in the State”.

He lauded the efforts of Governor Okowa, adding that; “The Governor has managed the affairs of the State to the satisfaction of Deltans. We have seen development in all parts of the State and we thank God for giving us Governor Okowa. With  him, all is well for the State.. We will continue to educate our subjects on the need to go for their PVC”.

Highpoint of the visit of the Speaker who was accompanied by the   Chief  Whip, Hon (Barr.) Pat Ajudua, Hon Anthony Elekokwuri, Hon Festus Okoh, Hon (Engr.)  Emeka Nwaobi  and Hon (Princess) Shola  Ogbemi-Daibo  was a group photography with members of the State Traditional Rulers Council.