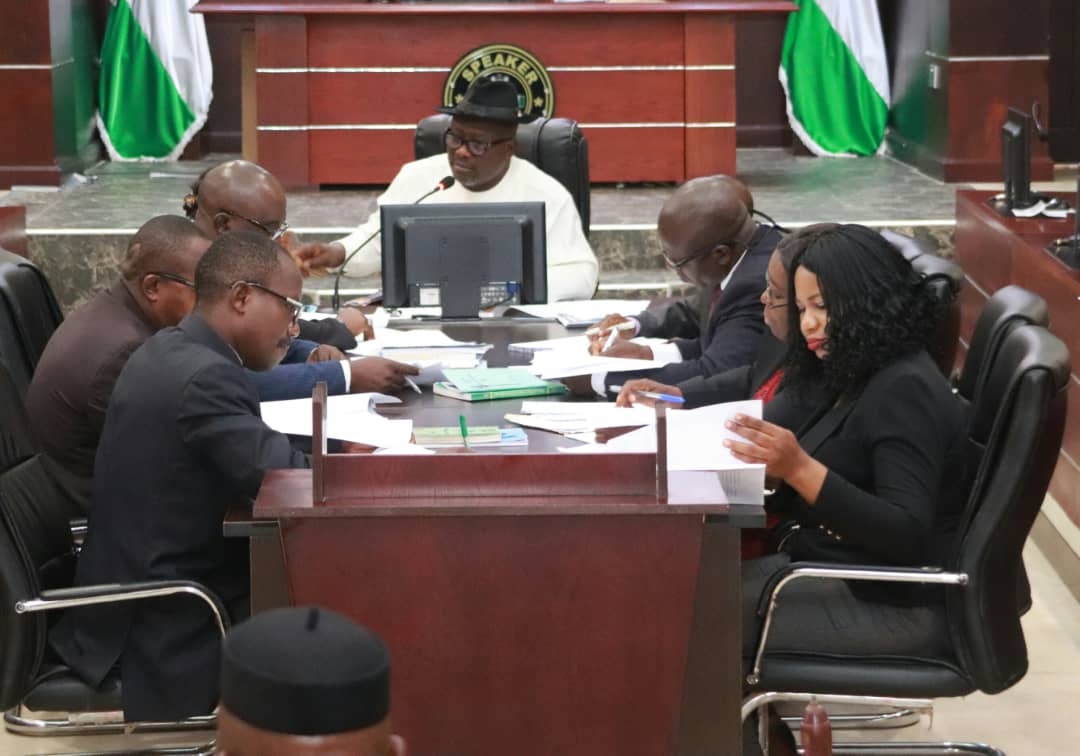 The passage of the Appropriation Bill 2020 followed a motion moved by the Majority Leader, Hon Tim Owhefere seconded by Hon. Austin Chikezie for the consideration of the report of the House Committee on Finance and Appropriations on the bill at a Committee of Supply.

At the Committee of Supply the House considered the report in line with the proposals made by the Finance and Appropriations Committee Chaired by Honourable Erhiatake Ibori-Suenu .

The House critically scrutinised the various sectors and the amount proposed by the Committee and made necessary amendments .

Having extensively considered the report of the Finance and Appropriations Committee, the Majority Leader, Hon Tim Owhefere moved a motion for the Chairman Committee on Supply to resume his seat as Mr Speaker to report progress and was seconded by Hon. Felix Anirah.

Thereafter the Majority Leader, Hon Tim Owhefere moved a motion for the House to take the third reading and pass the bill and was seconded by the Minority Leader, Hon Innocent Anidi before being adopted.

The Speaker thanked members for the passage of the 2020 Appropriation Bill from the first reading saying that the timely presentation and passage of the bill would enable government commence timely implementation.

He said that; “Dear  colleagues, at the Committee of Supply, the year 2020 Appropriation Bill was meticulously scrutinized by members. Relevant contributions and amendments were proposed by Members that were very helpful in the consideration of the Bill. I thank you for a successful Committee of Supply”.

According to him;  “Dear  colleagues, I sincerely thank all of you for a job well done. From the First reading of this Bill to its final Passage, your wealth of knowledge and experience was brought to bear and I thank you. By the timely passage of this Bill, Delta State is on a good start to a new year. This bill will greatly impact the lives of Deltans and will move Delta State forward in terms of infrastructure and human capital development”.

He added that; “Permit me to also thank His Excellency, Senator Dr. Ifeanyi Okowa, for his well timed presentation of the year 2020 Appropriation Bill in conformation with international best practice.”

Also at plenary,  the House received the report of the Joint House Committee on Rules, Business, Legal and Judicial Matters and the Special Committee on Bill on the Delta State Governor and Deputy Governor Pension Rights and Other Benefits Amendment Bill.

The report was presented to the House by the Chairman House Committee on Rules, Business, Legal and Judicial Matters, Hon Charles Oniyere.

However the member representing Ughelli South Constituency, Hon Reuben Izeze standing on order 12 rule 81 sought the House to present a minority report which the Speaker insisted that he must come via a motion.

After moving the motion there was no seconder hence the motion did not sail through .