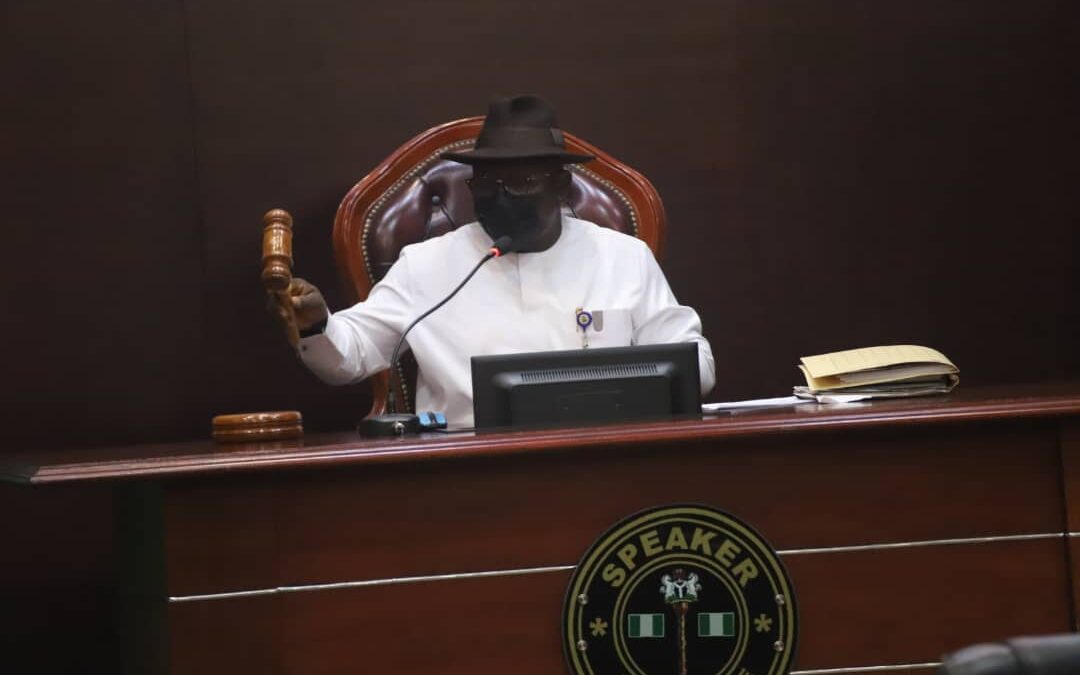 A Bill for a Law to regulate the Manufacture and use of Deep Canoes, popularly called Cotonou Boats in Delta State, has scaled through second reading on the floor of the State House of Assembly.

The Majority leader of House, Hon Ferguson Onwo led debates on the merits of the executive bill, during Tuesday’s plenary, presided over by the Speaker, Rt Hon Sheriff Oborevwori.

Hon Onwo noted that the Nine clause Bill, when passed into law, would help in addressing the growing security challenges in the State, particularly in the riverine areas.

Hon Onwo explained that sea piracy and crude oil theft, had been a disturbing phenomenon in the waterways, describing the Bill as apt, timely and harmless to the peace, good governance and development of the state.

The Majority leader pointed out that with the Bill, the identities of Manufacturers and operators of the Boats would be at public domain as they would be mandated to submit same with the State Ministry of Transport.

Besides the issue of security, the lawmaker maintained that the proposed law would go a long way in beefing up the State Government’s Internally Generated Revenue, IGR base as well as enhance the employment profile of the current administration.

Hon Onwo stated that the proposed law specifies Seven years imprisonment or an option of N1Million fine or both for violators of the prescribed regulation.

The Lawmakers explained that the proposed law will empowers the State Ministry of Transport the right to confiscate any boat operating within the State without approved license.

They also emphasized the areas of standards and quality assurance, saying that regulating activities of boat manufacturers in the state will help check quacks in the Riverine transportation system.

Other lawmakers who added their voices to the merits of the bill, also lauded what they described as the administrative ingenuity of Governor Ifeanyi Okowa, saying that the importance of the proposed law to the growth and development of the state can not be overemphasized.

The Speaker, Rt Hon Sherrif Oborevwori, appreciated the quality debates by members on the relevancy of the bill to the development of Riverine transportation in state, even as he referred the bill to House Committee on Special Bill for further legislative actions.