Bashorun Askia hails Delta Speaker, Oborevwori On Award Of Lawmaker of The Year 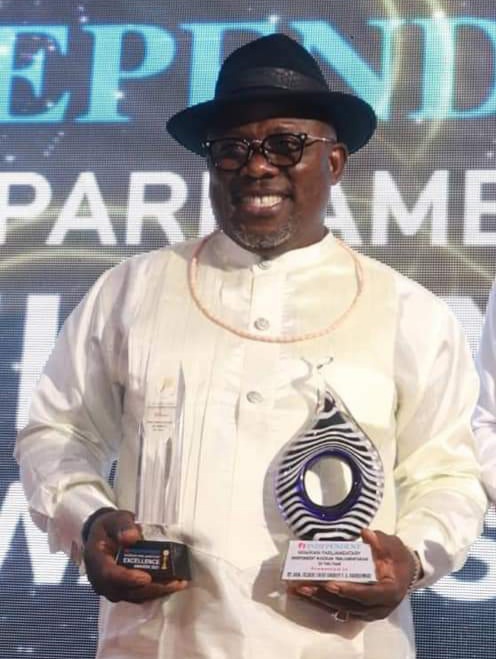 In a goodwill message to the Speaker who was awarded Lawmaker of the Year, by Daily Independent Newspapers, Bashorun Askia noted that under Rt. Hon. Oborevwori’s watch, who is also the National Deputy Chairman of the Conference of Speakers of state legislatures of Nigeria, the Delta State House of Assembly has witnessed a level of stability, responsiveness and liaison with their constituents that have seen the passage of legislations to drive development.

“In Rt. Hon. Oborevwori, our dear leader and Governor of Delta State, Senator Dr. Ifeanyi Arthur Okowa, got a viable partner in the task of realising the common objective of building a prosperous Delta for all”, Bashorun Askia stated in his message.

He said that with the excellent working relationship between the Speaker and Governor Okowa, Delta State will continue to reap the benefits of a united and disciplined party that the Peoples Democratic Party (PDP) has become in the State.

Bashorun Askia charged Rt. Hon. Oborevwori to continue in his trajectory of peace building, protection of the people and speedy evaluation and passage of bills to drive the Governor’s Stronger Delta agenda.

The award is the maiden edition of the Independent Nigerian Parliamentary Excellence Awards 2021 and organised by Independent Newspaper.

The event which held in Sheraton Hotel, Abuja, attracted dignitaries from across the country, including members of the Delta State House of Assembly, who graced the colourful ceremony.