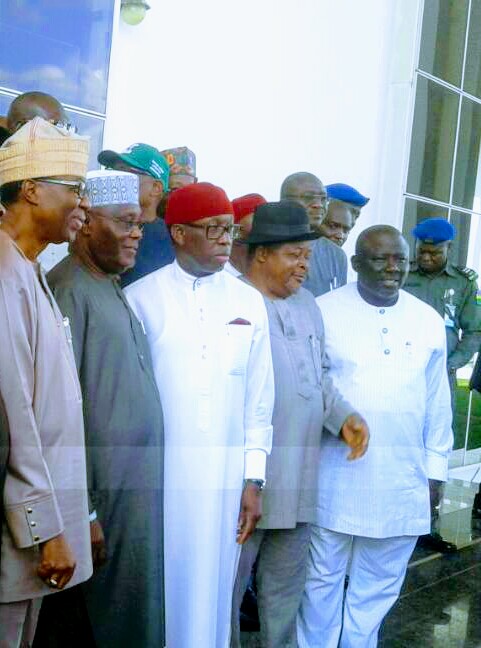 *** AS ATIKU CONSULTS DELTA PDP ON HIS PRESIDENTIAL AMBITION 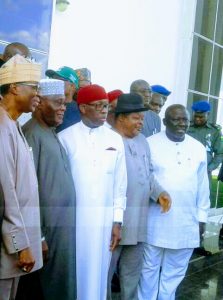 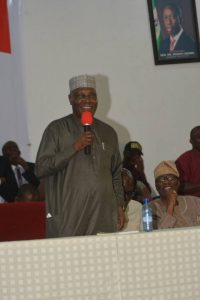 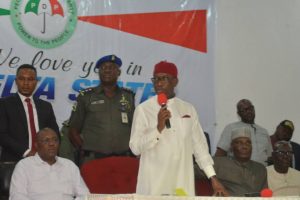 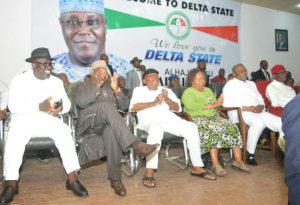 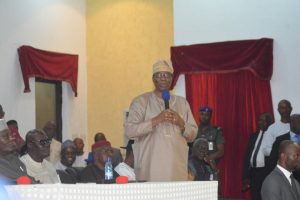 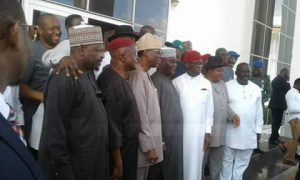 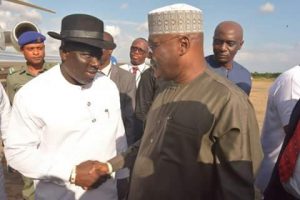 FORMER Vice President Atiku Abubakar and the Governor of Delta State, Senator Dr Ifeanyi Okowa have said that there must be restructuring for Nigeria to make progress.

Alhaji Abubakar and Governor Okowa spoke on Tuesday in Asaba.

The former Vice President was in the state to consult the people on his aspiration for the Presidential ticket of the Peoples Democratic Party (PDP) ahead of the 2019 general elections.

While Alhaji Abubakar, who was earlier received at the Asaba International Airport, by the Speaker of the Delta State House of Assembly, Rt Hon Sheriff Oborevwori, disclosed that he has been in the fore-front for the restructuring of the country since 2004 as it will bring out the best among Nigerians, Governor Okowa stated, “I strongly believe that the way out of the challenges of the country is to have stronger states, stronger federating units.”

Senator Okowa commended Alhaji Abubakar for engaging in consultation visit, assuring that delegates to the Presidential Primaries of the PDP will make their decisions based on acceptability, reach, experience and level of intelligence of the individual aspirants.

Alhaji Abubakar had said that his aspiration to be Nigeria’s President was borne out of his passion to ensure that the country make progress, disclosing, “the security architecture of the country must be reviewed and decentralized.”

He decried situation where security agencies does not take orders from the state governors, asserting, “as an individual, I don’t think this is true federalism, we must restructure the security architecture.”

The former Vice President also listed ways to tackle unemployment in the country observing, “to create jobs, you must liberalize the economy, support the private sector, create incentives to make the private sector boom and open up the economy to foreign direct investment.”

“I will have a very small federal government with powers and resources devolved to the states to manage the affairs while they pay tax to the federal government; with this, each zone can survive on its own without leaning on oil money,” he emphasized.

Earlier at a courtesy call on Governor Okowa, Alhaji Abubakar had said he was in the state to consult the people, to seek the support of the people to enable him emerge as the Presidential flag bearer of the PDP.

“Delta State has been a PDP state, each successive government continues from where the previous one stopped in terms of infrastructure development, you (Governor Okowa) have continued to develop infrastructure, especially roads, your efforts in executing your programmes and policies, especially in the creeks are highly commendable as they will reduce agitations, it requires wise leadership for communities to live in peace and have sense of belongings and I must commend you for doing this in the state,” he stated.

Others who spoke at the event include, former Governor of Ogun State, Otumba Gbenga Daniel, his Imo State counterpart, Chief Achike Udenwa, former Minister of the Ministry of Niger Delta, Elder Godsday Orubebe, among others.