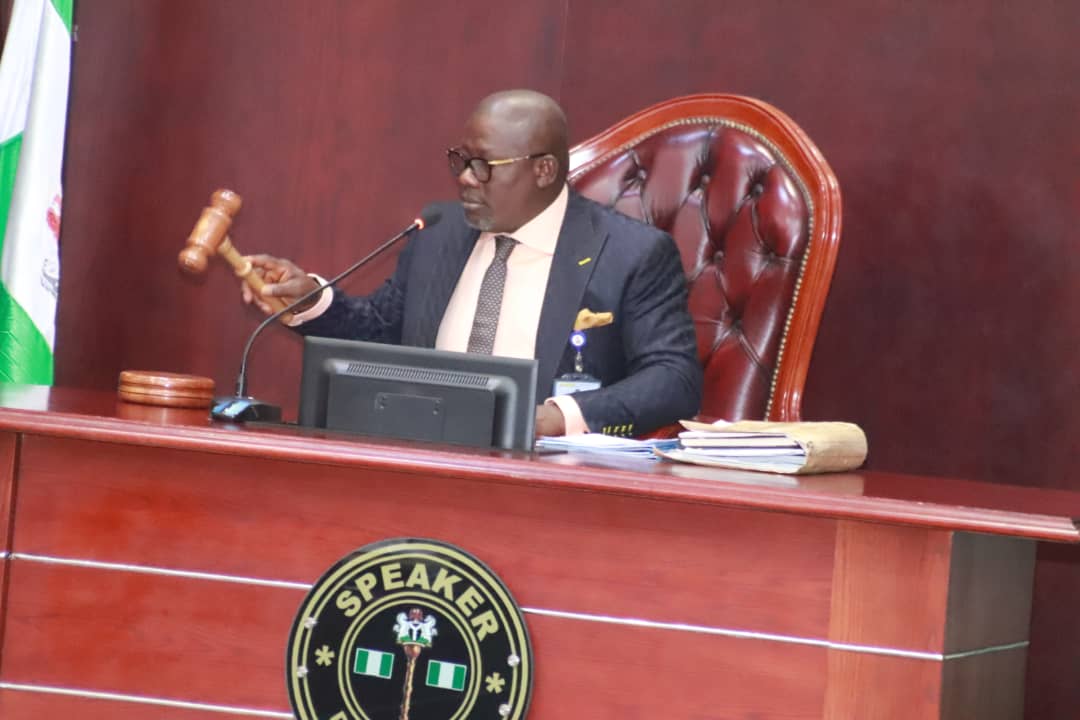 The  State House of Assembly has screened and confirmed the nominees forwarded to the House by Governor Ifeanyi Okowa for appointment as Director General and Directors of the Direct Labour Agency, (DLA).

The screening of the nominees followed a motion moved by the Majority Leader, Honourable Tim Owhefere seconded by the Chief Whip, Honourable Pat Ajudua at Tuesday’s  plenary presided over by the Speaker, Rt Hon  Sheriff Oborevwori  .

The nominees introduced themselves and stated the lawmakers representing them in the House .

Thereafter the Majority Leader,Honourable Owhefere who introduced the nominees said the four nominees are known to the House having been screened previously noting that they have contributed to the development of the State.

He said the nominees have impeccable character and integrity in the various positions they have held in the state hence they were nominated by the governor  .

The Majority Leader said the Direct Labour Agency is an interventionist agency in the road sector hence the need for the House to clear the nominees in order for them to commence the mandate of the agency to impact positively on road rehabilitation and construction.

The Majority Leader, Honourable Owhefere later moved for the confirmation of the nominees seconded by the member representing Sapele Constituency, Honourable Felix Anirah and adopted.

The Majority Leader, Honourable Owhefere had earlier moved for the screening of the nominee seconded by Honourable Emmanuel Sinebe who later introduced the nominee to the House.

The nominee was asked to take a bow by the Speaker.

Also at plenary the House deferred the first reading of the Delta State Customary Court Bill to Wednesday October 15,2019.