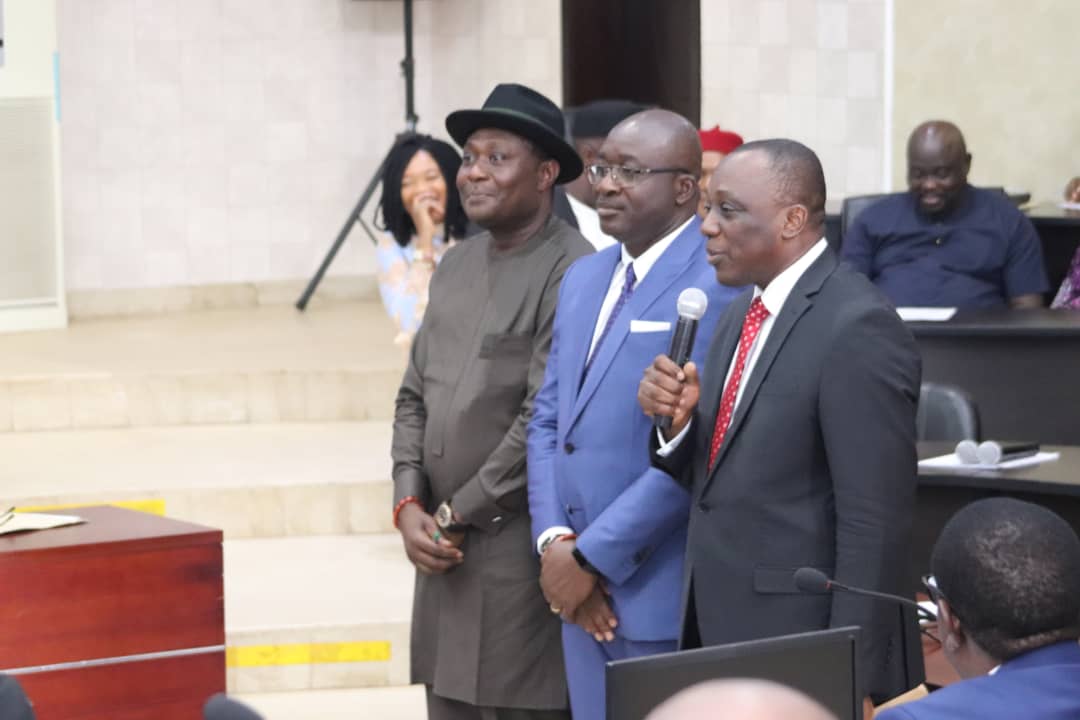 The State House of Assembly has screened and confirmed the eight nominees forwarded to the House by Governor Ifeanyi Okowa for appointment as Commissioners and members of the State Executive Council.

The screening of the nominees followed a motion moved by the Majority Leader Honorable Tim Owhefere seconded by the Chief Whip and member representing Oshimili North Constituency, Honourable Pat Ajudua and adopted at Thursday’s   plenary presided over by the Speaker, Rt Hon  Sheriff Oborevwori.

First to be screened were the Honourable Basil Ganagana who is a former Speaker and Deputy Speaker and Chief Festus Ochonogor.

Three former Commissioners during the first tenure of Governor Ifeanyi Okowa Barrister Peter Mrakpor,Ogbueshi Patrick Ukah and Chief James Augoye were also given the privilege of taking a bow and go after they introduced themselves to members of the House.

The Speaker commended the nominees for working hard to improve the lives of Deltans during the governor’s first term.

Mrs Florence  Alantan,Mr  Chika Ossai, a former Commissioner during the first term of the governor  and Professor Patrick Muoboghare also enjoyed the privilege of taking a bow and go as directed by the Speaker.

The House has adjourned plenary to Tuesday July 2,2019.