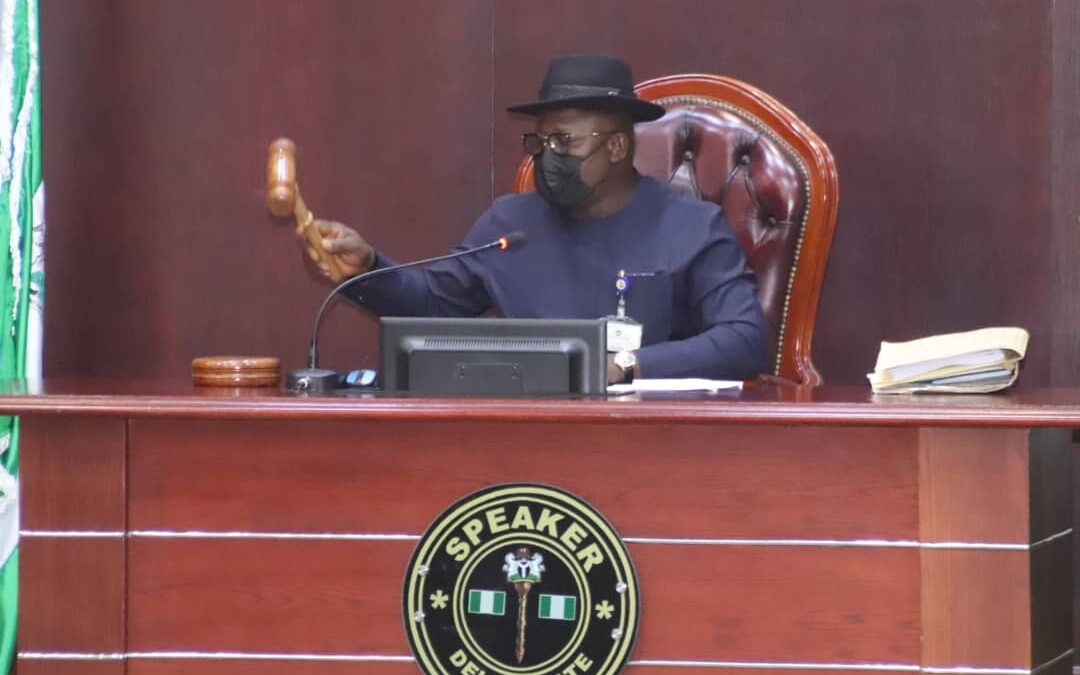 The Delta State House of Assembly on Tuesday received two separate reports from its Standing Committees.

The reports include; Delta State Forfeiture of Property Bill and Delta State Waterways tax Control and Licencing of Boats Repeal and Re-enactment Bill.

Both reports were read on the floor of the House by the Chairman, House Committee on Special Bill, Hon. Princess Pat Ajudua.

The reports have been slated for further deliberation by the Committee of the Whole.