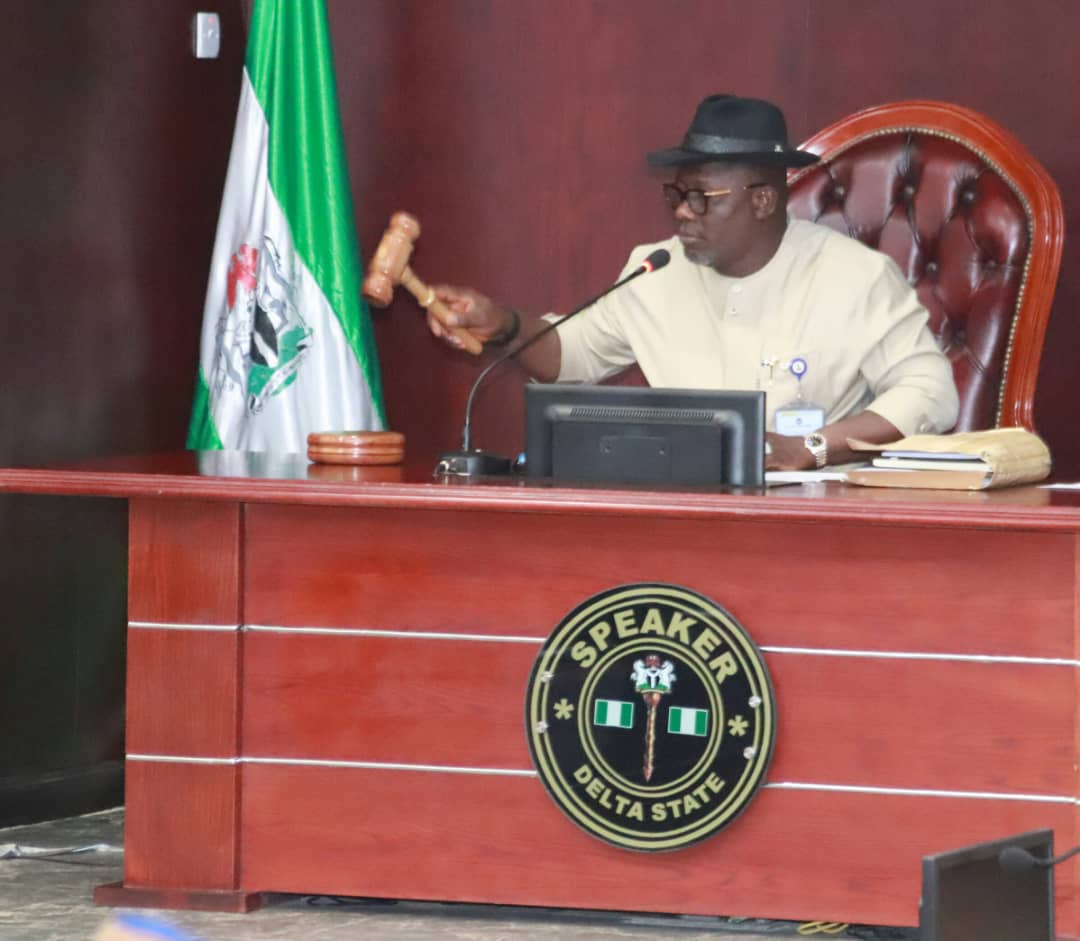 The Delta  State House of Assembly has passed the Supplementary Appropriation  Bill,  2019.

The passage of the bill at  Thursday’s   plenary presided over by the Speaker,  Rt  Hon Sheriff  Oborevwori followed the presentation of the report on the bill by the House Committee on Finance and Appropriation.

Presenting the report, the Vice  Chairman,  House Committee on Finance and Appropriation, Honourable Festus Okoh said the supplementary appropriation Bill was presented to the House by the State Governor, Senator Ifeanyi Okowa through a letter on Tuesday October 22,2019.

He said  after the first and second reading of the bill, it was committed to the House Committee on Finance and Appropriation for further legislative input.

Honourable Okoh who represents Ika South Constituency in the House noted that the Committee examined the supplementary bill alongside the 2019 approved budget to be sure that the reasons canvassed for the proposed adjustments on recurrent and capital expenditure were workable.

He said the Committee found out that the reordering of some specific sub heads was borne out of the performance of the approved 2019 budget and improved revenue to the state.

The lawmaker said the Committee proposed that a total of four hundred and and eighteen billion, one hundred and twelve million naira   for consideration by the House.

The Majority leader Honourable Tim Owhefere moved a motion for the House to receive the report for further legislative input and was seconded by the member representing Ughelli South Constituency, Honourable Reuben Izeze.

Thereafter Honourable Owhefere further  moved a motion for the House to suspend Order 12 Rules 77,78,and 79 to enable the House take the third reading and pass the bill and was seconded by the member representing Warri South West constituency,Honourable Emomotimi Guwor.

The bill was passed by the House following a motion for it’s third reading by the Majority Leader Honourable Tim Owhefere and was seconded by the member representing Ughelli North two constituency, Honourable Moses Anaughe.

The Speaker commended members for the passage of the bill and lauded the State Governor, Senator Ifeanyi Okowa for his foresight to translate improved revenue to the state for development projects.

He said” ” Esteemed Colleagues, I must congratulate all of us on a job well done. This is indeed a sign that democracy is alive in Delta State. I thank His Excellency, Senator Dr Ifeanyi Okowa, our Governor for his foresight in translating extra revenue that accrued to the state into dividends of democracy”.

” My dear colleagues, we must count it all joy to be part of this people oriented Government. Once again, I thank God for your untiring support and commitment”, he said.

The House has adjourned plenary to Tuesday October 29,2019.