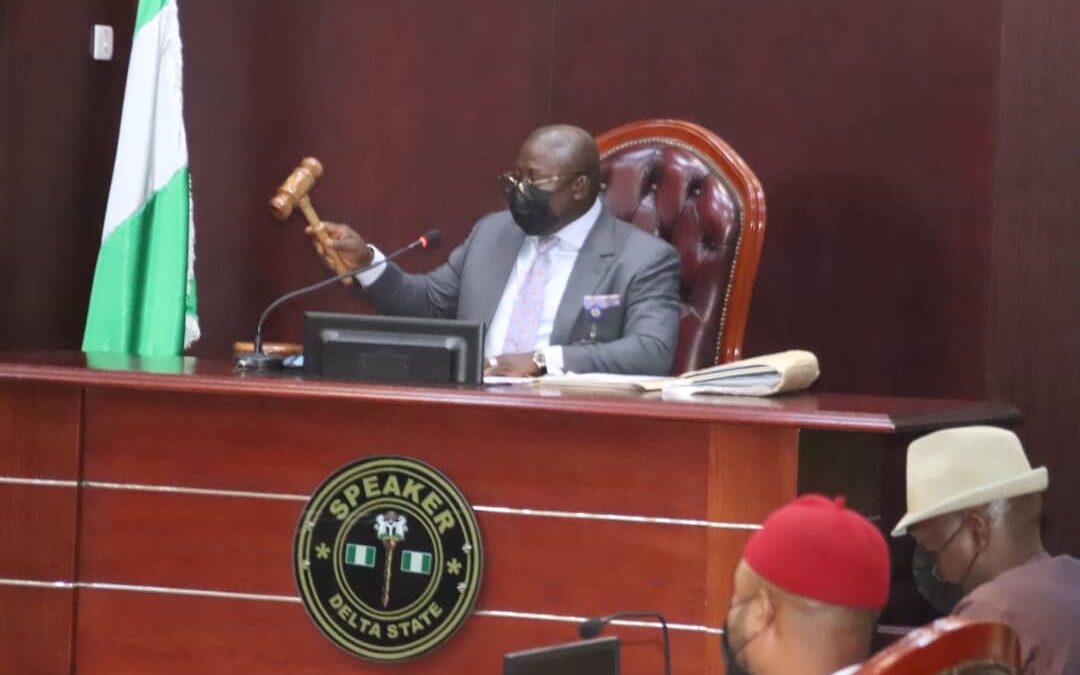 A bill for a law to regulate the Financial Management of Delta State and other related matters has been read the third time and passed on the floor of the State House of Assembly.

The bill which has the Chairman, Assembly Committee on Public Accounts, Hon Anthony Emeka Elekeokwuri as the lead sponsor is to checkmate avenues were public funds are mismanaged in Delta state.

The Public Finance Management bill was read the third time and passed after rigorous scrutining of the proposed law at the committee of whole, chaired by the Speaker, Rt Hon Sheriff Oborevwori.

The motion for the third reading of the bill was unanimously adopted when put to voice votes by the Speaker.

Rt Hon Oborevwori while appreciating members for the passage of the bill, said by virtue of the proposed law, prudence, discipline and adherence to financial regulations will be the new order in the management of public funds by Ministries, Departments and Agencies of government in Delta State.

According to the Speaker, the bill also places high accountability on Accounting Officers in the MDAs in order to ensure proper management of public funds in line with the extant financial regulations.

Reacting to the third reading and passage of the financial bill, the lead sponsor and member representing Ika North East in the House, Hon Anthony Elekeokwuri, said the proposed law is to curb corruption in financial management in the state.

Hon Elekeokwuri explained that the bill provided the expected internal guidelines, rules, regulations and procedures for the security and effective check on the assessment, collection and accounting of revenues in the state.

Stressing that the present Delta State Assembly has been very committed to ensuring quality governance in State, the Lawmaker maintained that the proposed law would ensure prudence, accountability and transparency in the expenditure of public funds in the state.

Hon Elekeokori stated that violators of the new law faces jail terms or payment of fine not below five hundred thousand naira or both.

He expressed optimism of quick assent to the bill by the Governor, even as he commended his colleagues for their commitment to the passage of the very important bill.

Also at plenary, the House approved two requests by the Governor, Senator Dr Ifeanyi Okowa for Bridging finance facility in favour of the Delta State Government.

The letters forwarding the two requests amounting to the sum of fifty billion naira was read by the Speaker, Rt Hon Sheriff Oborevwori.

The motions for the approvals of the two requests as moved by the Majority Leader, Ferguson Onwo were unanimously adopted.