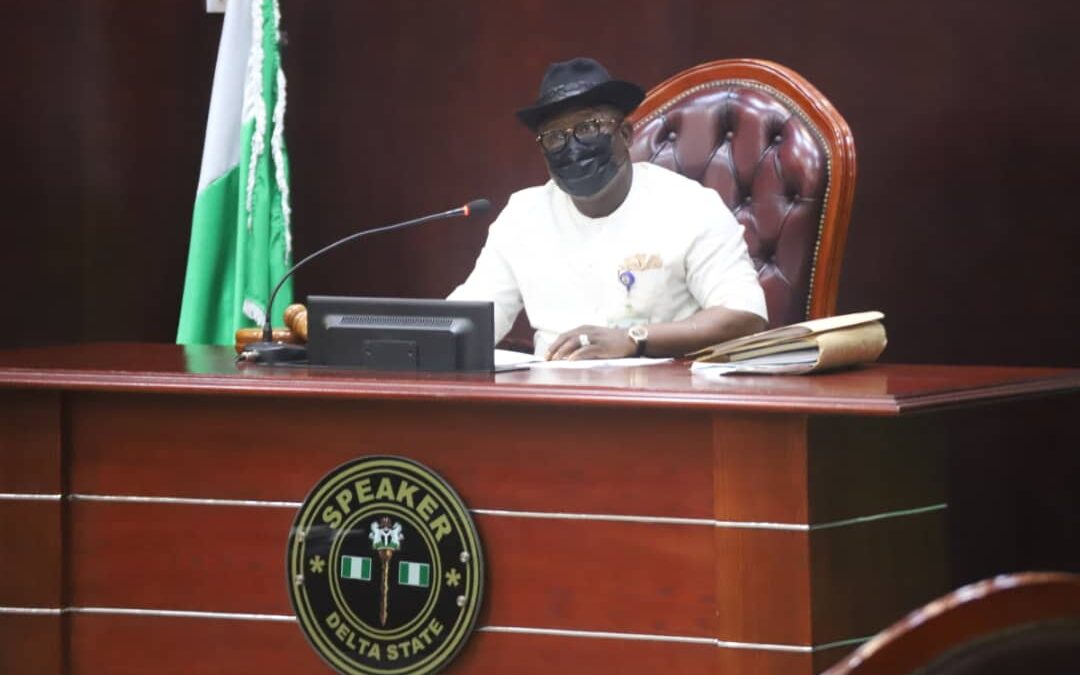 A bill for a law to prohibit all forms of Discrimination and give Protection, Access to Justice, Support and Care for all persons living with and affected with HIV/AIDS in Delta State has been passed on the floor of the State House of Assembly.

The private member bill which has the Chairman, House Committee on Health and member representing Warri South 1 Constituency, Hon Austin Uroye as the lead sponsor, was read the third time and passed during Wednesday’s plenary of the House presided by the Speaker, Rt Hon Sheriff Oborevwori.

The motion for the third reading of the bill which was seconded by the Chairman, House Committee on DESOPADEC and member representing Warri South West in the House, Hon Emomotimi Guwor was unanimously adopted.

The Speaker, congratulated members for yet another milestone achieved by the House with the passage of the HIV/AIDS Anti Discrimination and Protection Bill, saying that the proposed law is in line with provisions of the Constitution of Federal Republic of Nigeria, as altered.

Rt Hon Oborevwori pointed out that by the passage of the bill, the House has gone a step further to protect the fundamental right of persons living with HIV/AIDS in Delta State.

Reacting to the development, the lead sponsor and Chairman, Assembly Committee on Health, Hon Austin Uroye, said the proposed law was geared towards eradication of all forms of stigmatization against persons affected by HIV/AIDS.

Hon Uroye explained that the bill also made provisions to checkmate the activities of those affected by the disease as every right come with responsibility, stressing that the proposed law has placed some level of responsibilities on persons living with HIV/AIDS to make them live responsibly.

The Lawmaker emphasized that there was the need for those affected by the disease to live a normal life and to ensure that the public stop seeing HIV/AIDS as a death sentence.

While commending his colleagues for their commitment to the enactment of the proposed law, Hon Uroye expressed optimism of early assent to the bill by the state Governor, Senator Dr Ifeanyi Okowa.

The lawmaker who described the 34 clause bill as apt, timely and welcome development, said “it is all win win situation as both those already affected by HIV/AIDS and those not affected stand to benefit from the provisions of the up coming legal document”.

Also at plenary, the joint committee on Housing and Women Affairs and Urban Renewal submitted its report on the Delta Development and Property Authority bill.

The House Committee on Environment, Oil and Gas that scrutinized the Delta State Waterways Tax, Control and Licensing of Boats, repeal and re enactment bill also presented its report before the House.

The two bills have been slated for Committee of Whole on Tuesday 8th March 2022.