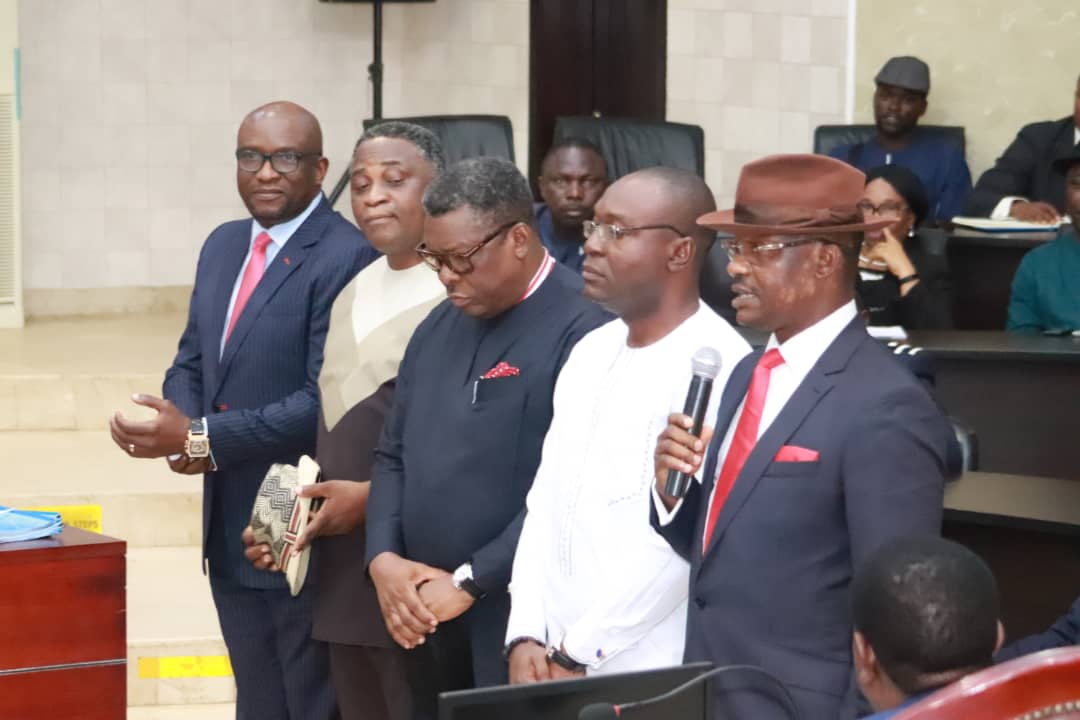 ***ALSO CONFIRMS   MEMBERS OF GOVERNING BOARD OF DESOPADEC

The last set of ten nominees for appointment as Commissioners and Members of the Delta State Executive Council were Tuesday confirmed by the State House of Assembly.

The   nominees were confirmed following a motion to that effect by the Deputy Majority Leader of the House, Hon Oboro Preyor, seconded by Hon Emmanuel Sinebe, Patani and was unanimously adopted.

The Commissioners designates had earlier been screened on the floor of the house during plenary, presided by the Speaker, Rt Hon Sherrif Oborevwori.

Governor Okowa in the letter nominating the ten appointees said the nomination is in exercise of the powers conferred on him by section 192, sub section two of the constitution of federal republic of Nigeria as amended.

In a related development, the fifteen nominees for appointments into positions in the Delta State Oil Producing Areas Development Commission, (DESOPADEC) as forwarded to the state House of Assembly by Governor Ifeanyi Okowa have been confirmed.

Their   confirmation followed a motion by the Deputy Majority Leader of the House, Hon Oboro Preyor after their screening during Tuesday’s plenary presided over by the Speaker Rt Hon Sherrif Oborevwori.

The motion for their confirmation was seconded by Hon Emeke Nwaobi, Aniocha North and was unanimously adopted.

The appointees had earlier introduced themselves and their local government areas of origin before they were presented by the various members representing their constituencies.

Governor Okowa had in the letter to the house conveying the names of the nominees said the appointment followed the expiration of the Governing Board of the Desopadec and in exercise of the powers conferred on him by section 7, sub section 1 of the DESOPADEC law.

He stated that he will appreciate early action for consideration and confirmation of the nominees.