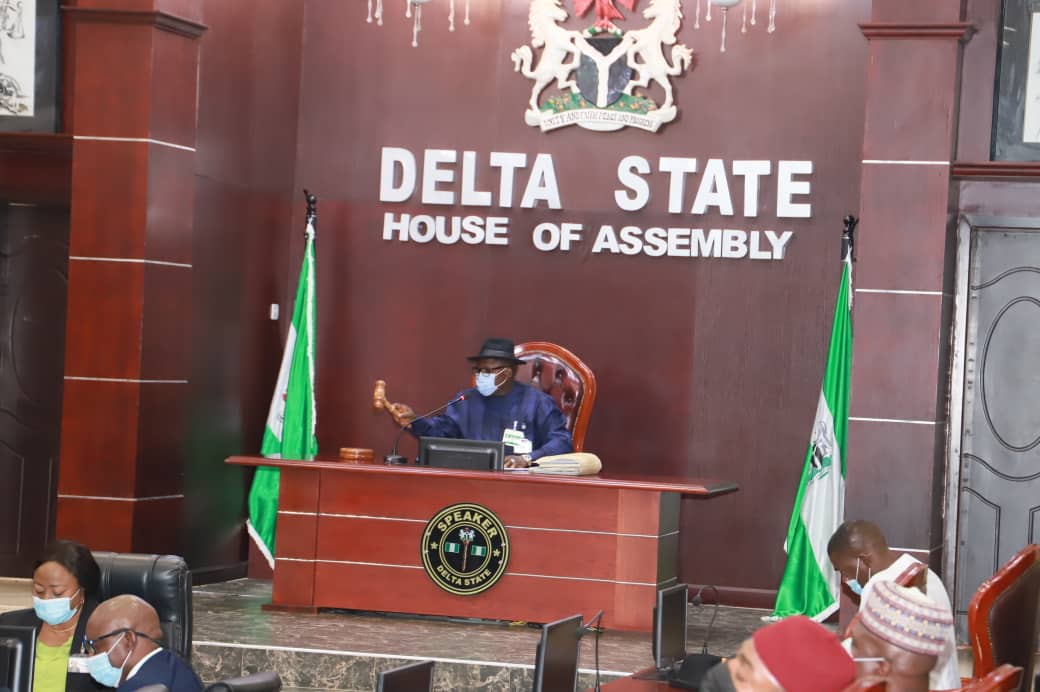 The Delta State House of Assembly,  on  Wednesday, confirmed the appointment of Mr Bright Abeke as a member of the Delta State Oil Producing Areas Development Commission, DESOPADEC.

Governor Ifeanyi Okowa had on Tuesday forwarded the name of the nominee to the State House of Assembly and requested an immediate action from the Lawmakers in screening and confirmation of the appointment.

Governor Okowa said the nomination is in exercise of the power conferred on him by section 7 sub section 1a of the DESOPADEC Law 2019, as amended.

He also cited the demise of Hon Joyce Overah, who was a member of the board before the sad development and the need to fill in the vacancy created as another reason for the appointment.

Following the directives of the Speaker,  Rt Hon Sheriff Oborevwori, Mr Bright Abeke who hails  from Sapele local government area, at Wednesday’s plenary appeared before the House for the screening.

After observations made by the Majority Leader, Hon Tim Owhefere and the Member Representing Ughelli South Constituency, Hon Reuben Izeze on the nominee, the Speaker directed him to take a bow and leave the chamber.

The appointment was subsequently confirmed following a motion to that effect by the Majority Leader, Tim Owhefere, seconded by the Deputy Majority Leader, Oboro Preyor and unanimously adopted.