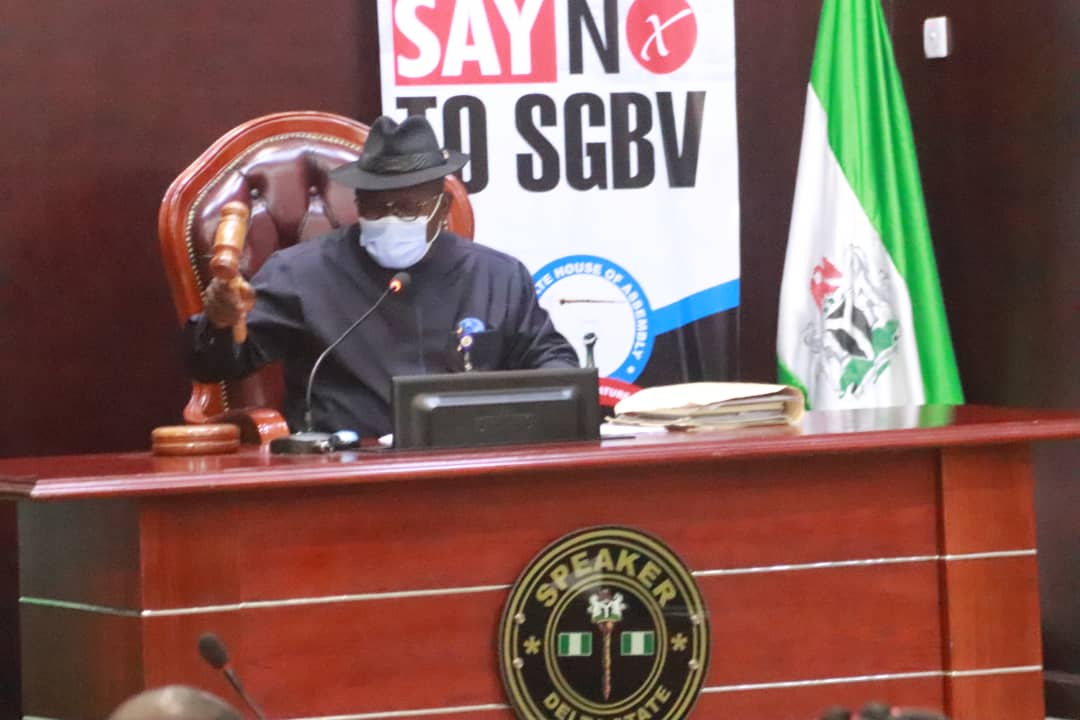 The   governor’s request was contained in a letter to the house read at Tuesday’s  plenary by the Speaker, Rt. Hon. Sheriff Oborevwori.

Governor  Okowa in the letter recalled that the state legislature had passed the Delta State Job and Wealth Creation Law 2019 to strengthen the former Job Creation Agency and provide legal backing to its operations.

He said section five, sub section two of the law stipulates that the Chief Job and Wealth Creation Officer shall have a tenure of four years and maybe reappointed for another term of four years.

The governor noted that since the reappointment of Prof Eric Eboh as the Chief Job and Wealth Creation Officer of the Bureau, predates the effective date of the law, it becomes necessary to regularize his reappointment in tandem with the provisions of the law and with respect to tenure of office.

He  explained that the purpose of the letter was to seek the approval of the House to regularize the reappointment with effect from 26th August 2019, even as he appealed for earliest consideration of the request.