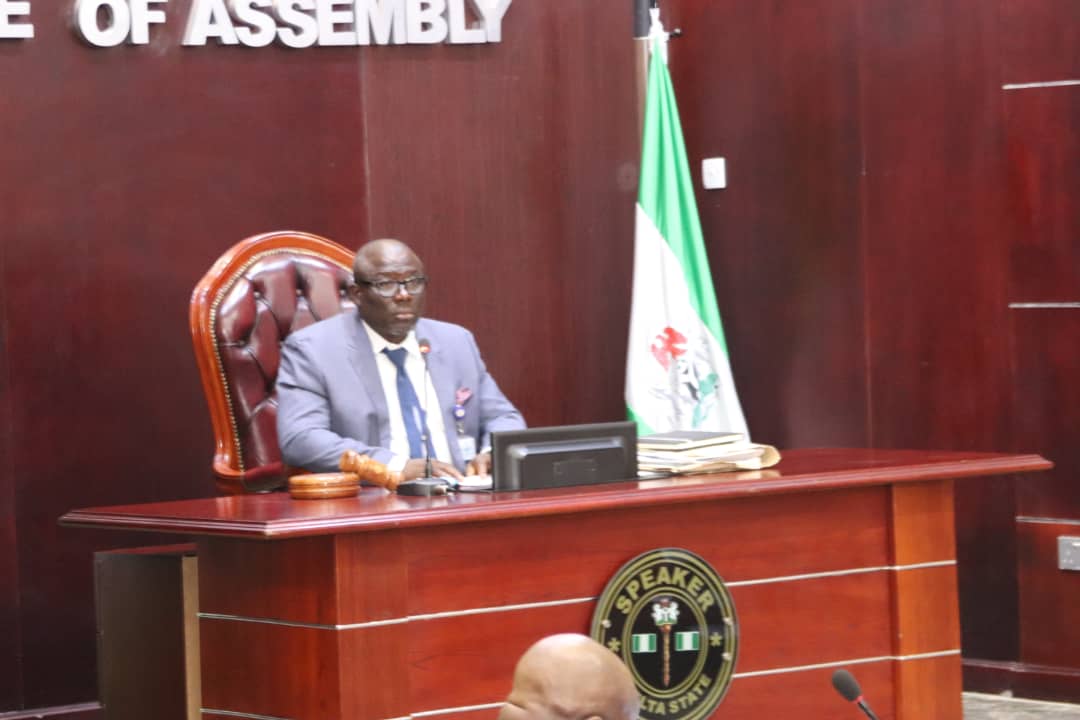 The  Delta State House of Assembly has approved the request of the State Governor, Senator Dr Ifeanyi Okowa to proceed on Twenty–one (21) days leave.

The  Governor’s request was contained in a letter to the House read by the Speaker , Rt Hon  Sheriff Oborevwori who presided over plenary on Tuesday,  April 2, 2019.

According to the letter,  Governor Okowa initimated the House that he would be proceeding on Twenty–one (21) days leave which will form part of his 2019 annual vacation from  Wednesday,  3rd April,  to Tuesday,  23rd  April, 2019.

The Governor wrote; “By this arrangement, I will resume the functions of my office on Wednesday,  24th  April,  2019, while the remaining part of my annual vacation will be enjoyed later in the  year”.

He said in accordance with section 190 of the  Constitution of the  Federal  Republic of Nigeria,  1999, as amended,  His Excellency,  Barrister  Kingsley Otuaro,  the Deputy Governor of Delta State,  would perform the duties of his office as Acting  Governor during the period of his absence on leave.

The Majority Leader Hon. Tim Owhefere moved a motion for the House to receive and accept the  governor’s notice, seconded by Hon Festus Okoh and was adopted .