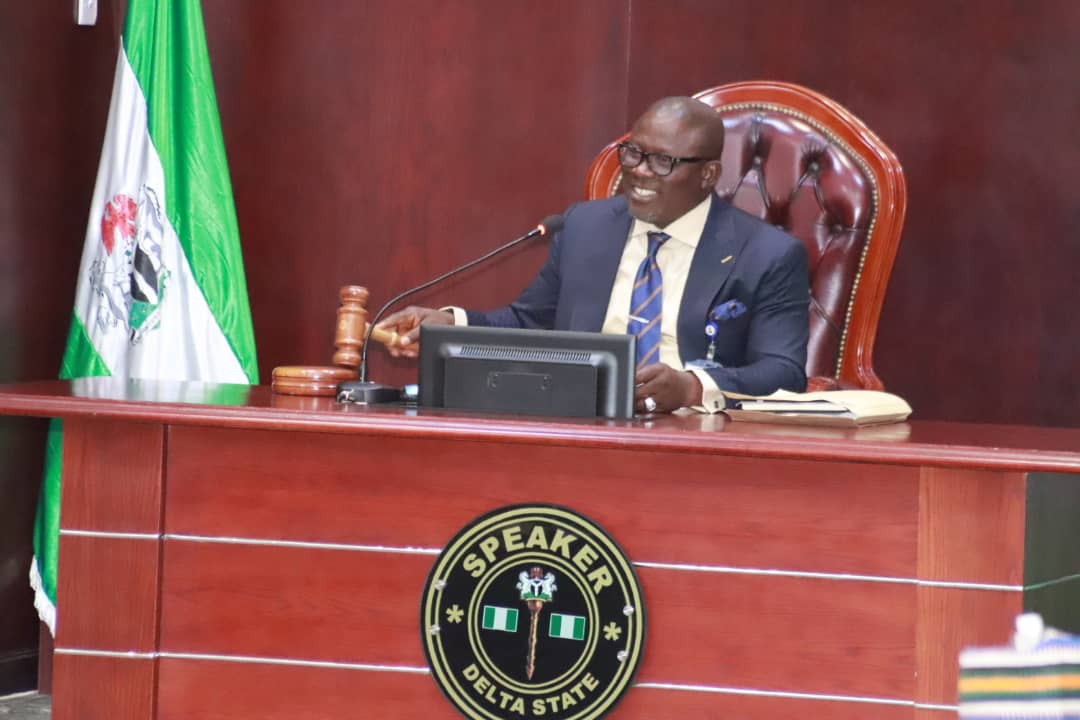 The State Governor Senator Ifeanyi Okowa has forwarded the names of two nominees for appointment as members of the Delta State Judicial Service Commission to the State House of Assembly.

The Speaker,  Rt Hon  Sheriff Oborevwori who presided over Tuesday’s plenary read the letter from the governor containing the names of the nominees .

According to the letter,  the Governor said the nomination was in exercise of the powers conferred on him by Section 5 of the Law establishing the Judicial Service Commission 1999 as amended and Section  197 sub section 3 of the Constitution of the Federal Republic of Nigeria 1999 as amended.

The Governor noted that the nomination was as a result of two vacancies that arose in the composition of the Delta State Judicial Commission by reason of the fact that two members have served out their terms in office.

He requested the  Speaker to invoke his powers in Section 198 of the Constitution of the Federal Republic of Nigeria to place the nominations before the House for consideration and confirmation.

The Majority Leader, Hon Tim Owhefere thereafter moved for the House to receive the letter for further consideration and  seconded by Hon Emeka Nwaobi and adopted.

The Speaker, Rt Hon  Sheriff Oborevwori directed the nominees to submit thirty five copies of their curriculum vitae to the office of the Clerk on or before Monday July 8,2019 and are to appear for screening on Tuesday July 9,2019 for screening.

The House has adjourned plenary to Wednesday, July 3,2019.