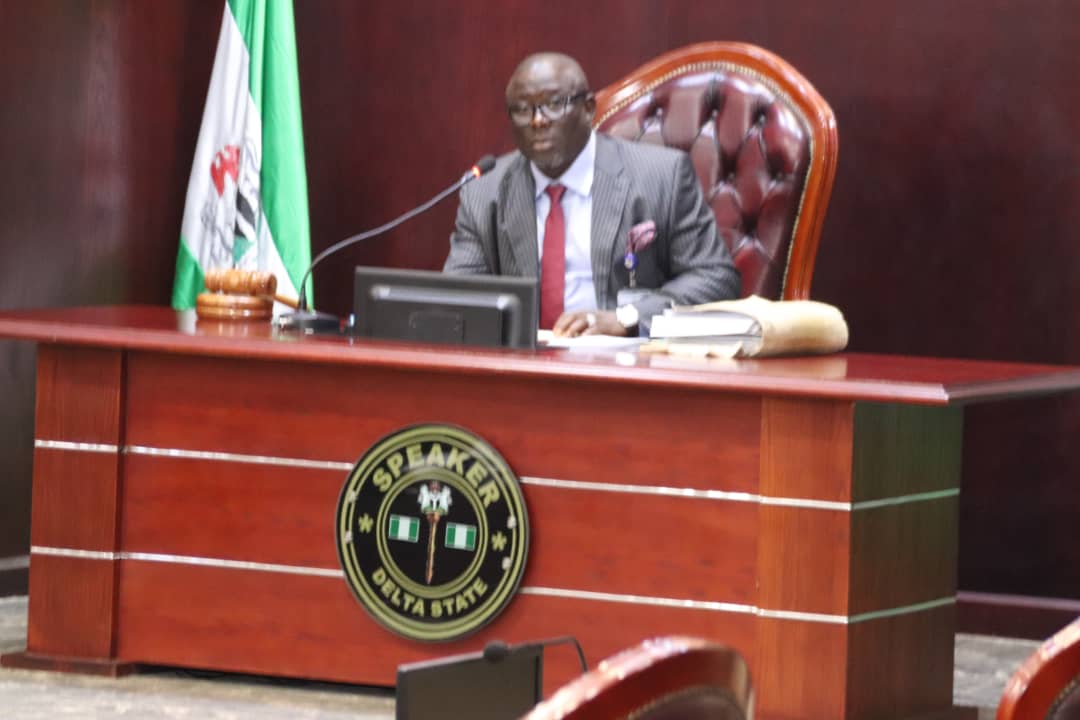 The State House of Assembly has approved a request of the State Government to issue an Irrevocable Standing Payment Order ISPO to Fidelity Bank in respect of the remodelling of the Central Hospital, Asaba.

The request was contained in a letter sent to the House by the  State Acting Governor, Barrister Kingsley Otuaro and read by the Speaker, Rt.Hon  Sheriff Oborevwori at Tuesday’s plenary .

According to the letter,  the Acting Governor said the state government  originally awarded the contract for the remodelling of the Central hospital Asaba, to Deux Project Limited at the sum of #2, 298,061, 892.12   (two billion,two hundred and ninety eight million naira)

He said during the course of the project execution,  the initial contract sum was reviewed upward due to price fluctuations and  additional works amounting to #427,718,672.02 (four hundred and twenty seven million,  seven hundred and eighteen thousand naira) adding that a contract for the construction of internal roads and parking lots within the hospital premises  was awarded to the same contractor at the sum of  # 242, 147,861.14  (two hundred and forty two million,  one hundred and forty seven thousand naira)

The Acting Governor noted that due to the damaged hospital perimeter wall occasioned by the 2017 flood in Asaba metropolis,  it became necessary for the state government to reconstruct the fence with concrete at the cost of  # 46,245,968.52  (forty six million,  two hundred and forty five thousand naira )bringing the total contract sum to #3,014,174,393.80   (three billion,  fourteen million ,one hundred and seventy four thousand naira).

He said the State Executive Council at it’s fourth meeting held on Tuesday 26th March ,2019 ratified the governor’s approval for the completion of the remodelling of the Asaba Central Hospital project through contract financing to be provided by Fidelity Bank as a term loan facility of # 1,064,505,740.94   (one billion, sixty four million,five hundred and five thousand naira).

According to the letter,  the project will be executed by Open House Property Management Company Limited,  a sister company of Duex project Limited  adding that the purpose of the letter was to seek the authorization of the House for the state government to issue an appropriate Irrevocable Standing Payment Order ISPO in favour of Fidelity Bank for the full repayment of the facility amounting to # 1,064,505,740.94 (one billion,  sixty four million, five hundred and five thousand naira) with equal monthly installments of  #143,753,967.16  (one hundred and forty three million, seven hundred and fifty three thousand naira) for a period of eight months .

The motions were  seconded by Honourables Peter Onwusanya and Alphonsus Ojo.