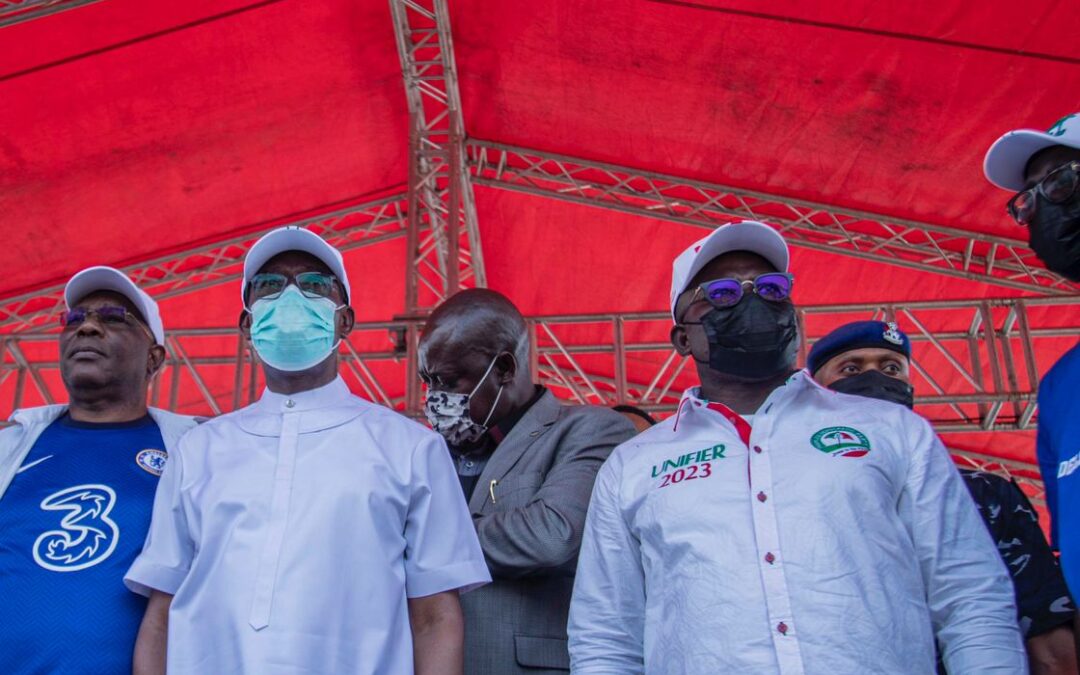 *** Lauds Supporters of Oborevwori For Massive Turn Out

The Deputy Majority Leader who is also the Councillor representing Ward 4 of the local government area while speaking to newsmen on the sideline of the PDP Mega Rally, held on Saturday at the Cenotaph, Asaba described it as a huge success.

He said that there is no room for other parties in the State, noting that the Party is doing extremely well in the State.

According to him, the supporters of the Speaker of the Delta State House of Assembly, Rt Hon Sheriff Oborevwori, stole the show at the rally, saying it goes to show that the Speaker who represents Okpe state constituency in the House and 2023 governorship aspirant has numerous supporters across the state and even beyond

In his words ; “The Speaker of the Delta State House of Assembly, Rt Hon Sheriff Oborevwori has supporters all over the state and I was overwhelmed with their massive turnout in the rally. His supporters stole the show at the rally and their mobilisation must be commended. We did massive mobilisation back home to the venue and everything went well.