2023: Okowa urges Nigerians to support PDP to rule the country 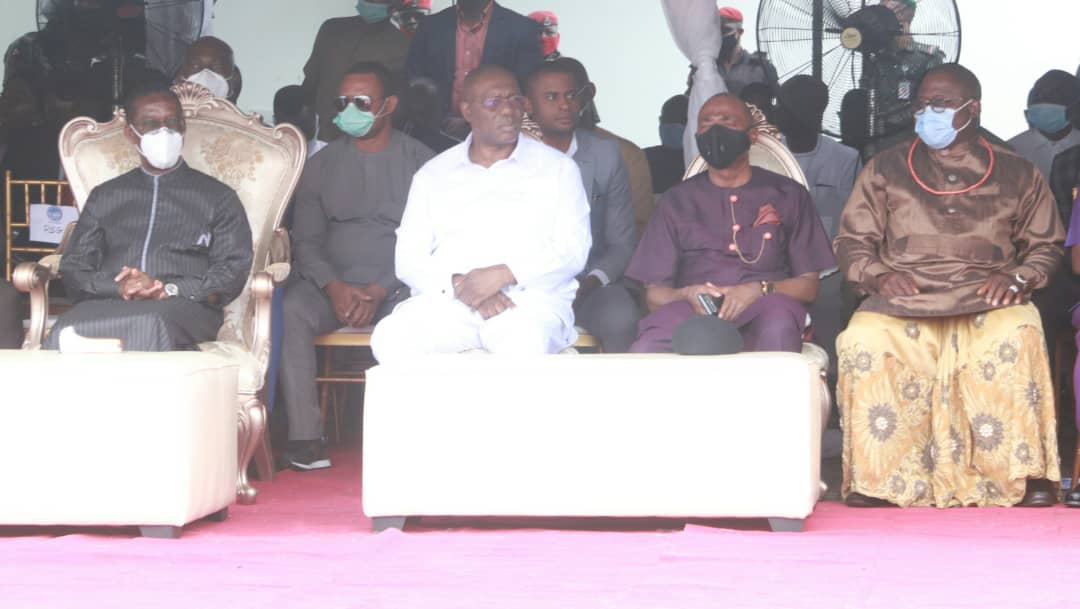 Delta Governor, Sen. (Dr) Ifeanyi Okowa, has urged Nigerians to support the Peoples Democratic Party (PDP) to take over governance in the country in 2023.

The governor made the call on Sunday at a thanksgiving service by Chairman of Peoples Democratic Party (PDP) in Delta, Chief Kingsley Esiso, in Sapele.

He said the PDP would do everything possible with the support of the people of Nigeria to win the 2023 presidential election and restore good governance, including infrastructural development in the country.

Okowa stated that the party was working very hard to win more states in the country as a precursor to getting back control of the presidency which it lost in 2015.

According to him, with the abysmal performance of the All Progressives Congress (APC)-led Federal Government, Nigerians are already convinced on the imperative of voting back PDP to power in 2023.

While congratulating Esiso for his re-emergence as the Chairman of PDP in the state, the governor urged him to brace up for future challenges, stating that he should be prayerful for God to enable him surmount challenges associated with such position.

He thanked party faithful for their support which led to the re-election of Esiso as chairman of the party.

He thanked leaders, youths and women for their support for the party since inception, adding that with such encouragement, PDP would take over the Federal Government in 2023.

“We have come here to give thanks to God because whatever we achieve in life is not the work of any man.

“Man can try but whatever we do is by the will of God that we triumph and it is only normal that we return all the glory to God.

“Chairman you must learn to work with everybody in the state irrespective of their tribe because everyone matters in building a political party.

“I can attest that the Esiso-led executive has brought sanity into the party because before the last general elections, we assured our members in the state that we will organise free, fair and credible primaries for all aspirants.

“At the end of all the primaries, our party members realised that we meant business when we said we will organise credible primaries for aspirants because some aspirants close to me lost while some that are not close to me also won.

“Once we are able to recognise that everybody matters in the party it becomes very easy to control the party and I am convinced that, this is the stand of the Esiso-led executive,” Okowa stated.

He solicited support for the State Executive Committee of the party to succeed and urged all political appointees to support their wards to hold meetings.

He cautioned aspirants in the upoming local government council elections in the state to exercise restraint in their consultations and campaigns as the election would not hold in January, 2021 as being speculated.

“Delta Council election is not coming up in January, so please you must all slow down and not waste your money before time.” Okowa added.

Earlier, Esiso had in an address expressed delight at the grand reception in his honour.

He gave thanks to God for emerging victorious in his re-election bid as chairman of PDP in the state.

“I am not a perfect person and in the course of my duty I may have offended some people, please forgive me.

“Let me thank all the leaders in Sapele PDP for their support and i believe that in politics everyone has his own day,” Esiso said.

He appealed to members to remain united and strong towards the realisation of the party’s dreams.

He cautioned aspirants to Council elections to be cautious as the electoral commission in the state was yet to announce a programme for the exercise.

Host of the ceremony, Chief Ufuoma Obule congratulated Governor Okowa for his contributions to the successful re-election of Chief Esiso.

He said Esiso had attracted several infrastructural development to Sapele and would continue to work with him to take the party to greater heights.

Pastor Victor Hill of Living Faith Church, Sapele in a sermon titled “Understanding the power of thanksgiving ” said there is need to understand the reason for  thanksgiving.

“The best any man can achieve without God is nothing as whatever we become in life is the handwork of God and it is wisdom to return all glory to God for what we are in life.” he said.