2023 : I Will Not Disappoint Deltans—Oborevwori 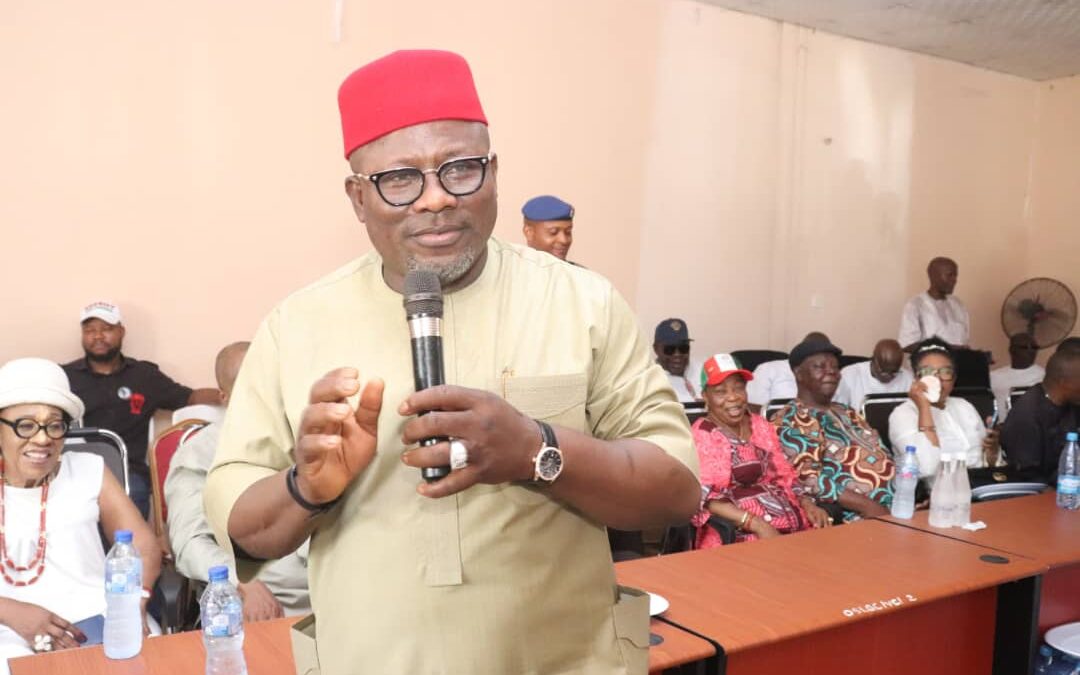 *** As He Flags Off Consultation Of PDP Leaders, Stakeholders, Delegates Across Delta State

The Speaker of the Delta State House of Assembly, Rt Hon Sheriff Oborevwori has said that he will not disappoint Deltans if elected in 2023 as the Governor.

Speaking at the PDP Secretariat in Issele-Uku, Headquarters of Aniocha North Local Government Area on Wednesday, March 30th, 2022, during his consultation visit to the party leaders, stakeholders and delegates in the area, Rt Hon Oborevwori said he was offering himself for service next year as Governor and assured the people that he will not disappoint them if voted into office as Governor come 2023.

According to him, Governor Okowa has done extremely well and promised to build on the laudable achievements of the Governor whom he described as an experienced and intelligent politician.

He said he has learnt so much from the Governor over the years, saying he was seeking election as a Governor in 2023 to sustain the enviable achievements of Governor Okowa.

“Am here to present myself to you today and to ask you to support my Governorship ambition for the betterment of all of us in the State. Am a Unifier and a Pan Deltan who is coming to build on what our Governor has done. Am not here to campaign, but to consult our party leaders, stakeholders and delegates. God has a hand in this project and I want to thank all of you for the wonderful reception here today”, he said.

The consultation train later moved to the PDP Secretariat in Akwukwu – Igbo, Headquarters of Oshimili North Local Government Area where the Speaker was warmly welcomed.

He promised them a better deal if elected Governor next year, saying that; “Our Governor has done very well and we need to sustain his legacies in the State”.

At the PDP Secretariat in Oshimili South Local Government Area of the state, the Speaker who is also the National Deputy Chairman of the Conference of Speakers of State Legislatures of Nigeria, spoke in the same vein and commended the people for coming out massively to receive him.

“I am appealing to our delegates across Oshimili South to vote for me, I will not fail our people if elected as governor in 2023. I am appealing to you to give me the same support that you are giving to our governor”, the foremost governorship aspirant said.

The who is who in Delta State politics accompanied the Speaker on the consultation visits.