2023: Delta Speaker, Oborevwori Is Very Much In The Race – Ighrakpata 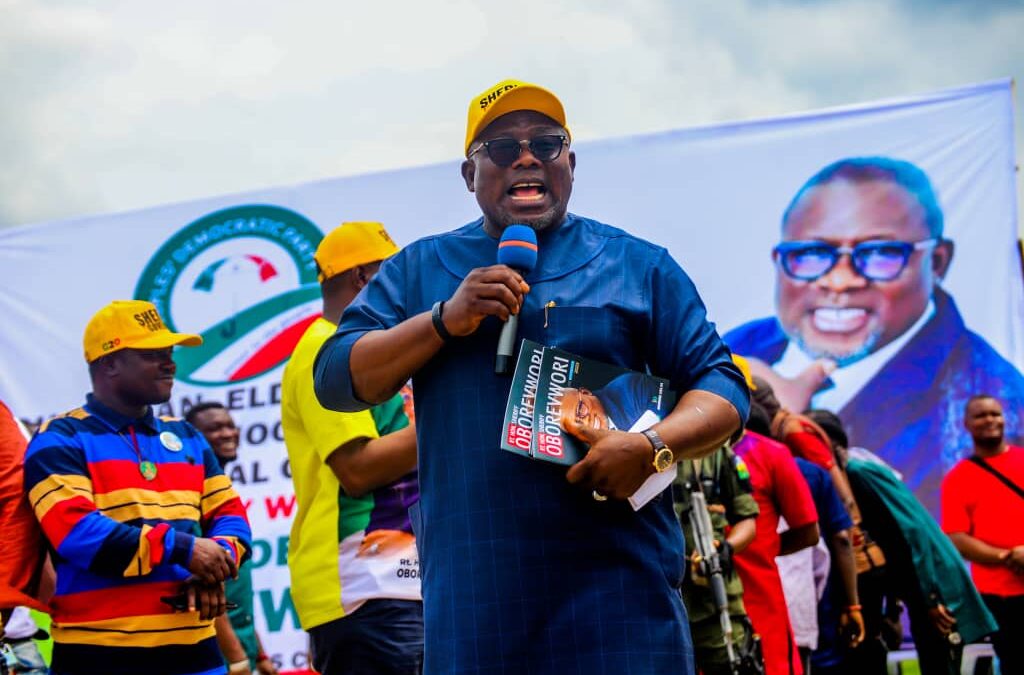 In a press statement signed by Hon. Chief Solomon Ighrakpata, Deputy Chief Whip, Delta State House of Assembly, said there was no iota of truth in the story, as their principal is very much in the governorship race.

He alleged that the story was sponsored by payers of the writer aimed at discrediting the most acceptable Governorship aspirant across the three senatorial districts.

According to the statement, “many persons are already scared of the rising political profile and general acceptance of Rt Hon Sheriff Oborevwori by Deltans as the next governor of Delta State.

“The only option they have left is to manufacture fake stories to misdirect the general public into accepting their unpopular aspirants.

“We are not perturbed by the handiwork of mischief makers. The Sheriffication movement berths on Thursday, 14th April, 2023 at Patani and Bomadi Local Government Areas.

“The Sheriffication movement is more committed to the 2023 project aimed at continuing from where our respected governor, Senator. Ifeanyi Okowa will stop”, it added.