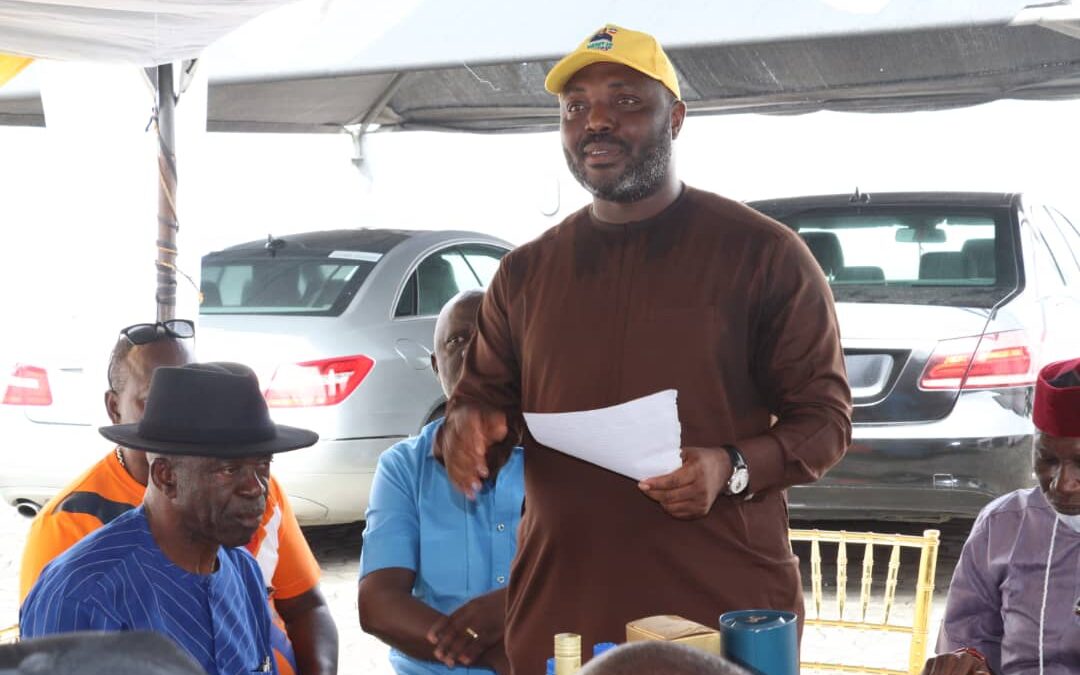 The Delta South Peoples Democratic Party, PDP Leaders and Stakeholders Forum on Monday called on party delegates to support the governorship ambition of the Speaker of the Delta State House of Assembly, Rt. Hon. Sheriff Oborevwori.

The leaders said Oborevwori’s aspiration is a Pan-Delta movement and urged party delegates across the three senatorial districts to cast their votes for Sheriff Oborevwori at the party’s governorship primary election slated for May 21.

Rising from a meeting in Warri on Monday evening, the leaders said they had long endorsed Oborevwori’s aspiration because it is a Pan-Delta bid supported across the three senatorial districts.

Chairman of the Forum, Chief Mike Loyibo said they were impressed with the Speakers’ MORE agenda which was aimed at advancing Delta from where the Okowa administration would stop in 2023.

Loyibo also reiterated the forum’s support for the administration of Governor Ifeanyi Okowa to finish strong in 2023.

“We urge party leaders and their supporters to exercise restraints in dealing with issues that are supposed to be family matters because after the primary election we still have the general elections to prosecute together.

“Let us put an end to rumour mongering, fake news and campaign of calumny against members of our party as it doesn’t depict the spirit of oneness.

“As a consultative Forum of the three major ethnic groups in Delta South Senatorial District, we restate our support and commitment to ensuring that our dear Governor, Senator Ifeanyi Okowa finishes strong come May 29, 2023.

“Because we believe in the MORE Agenda of Sheriff Oborevwori, as a Pan-Delta movement, we call on all delegates, leaders and stakeholders of our great party across the three senatorial districts to throw their weight behind the aspiration of Chief Sheriff Oborevwori to emerge as candidate of the PDP on May 21.

“Our prayers are for the Governor to finish strong and for Speaker Sheriff Oborevwori to emerge as our guber candidate because he has shown that his doors are open and he will do more for Deltans,” Loyibo stated.